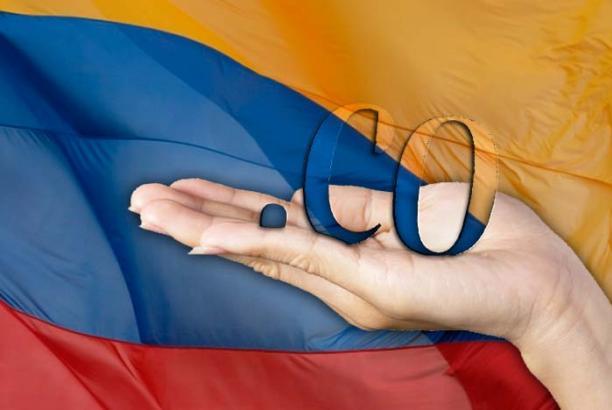 Colombia unveiled a new brand for the country’s identity to tell the world “the answer is Colombia,” but will not launch a campaign internationally for another two months.

“An international branding campaign will be launched in about two months,” Daniel Reyes of branding agency Marca Pais told Colombia Reports, adding that for now, “the first step is introducing the new brand to citizens of Colombia.”

“We are presenting the brand to citizens first, to show them what it is we will be telling the world about them and about Colombia. We hope to launch the international campaign in about two months,” said Reyes.

“The national campaign was designed for Colombians who already know their country, to tell them to be proud of everything that they have achieved. The international one will be designed for an international audience. When asked where 14% of the world’s flora and fauna come from, the answer is Colombia. When asked who the fifth country to protect foreign investors is, the answer is Colombia. We will continue asking the world questions in which the answer is always Colombia. We’re taking it slowly and like any other brand it will be built over time,” said Reyes as a response to the difference between the presentation of the national and international campaigns.

Last Friday, Marca Pais revealed the new country image and slogan minutes before the Colombian national soccer team played Uruguay in the northern Barranquilla city and crushed them 4-0 in the selection for the 2014 Brazil World Cup.

“The answer is Colombia,” is the slogan that accompanies an image of CO (Colombia) surrounded by the “creative geometry” of five different colors.

The ISO country code of CO has been used for Colombia since 1974, and is now being applied to the country’s brand to present Colombia to the world as “modern, contemporary and very digital,” said Claudia Hoyos, manager of Marca Pais, as reported by newspaper La Republica.

Every color used has a significance — the green for the mountains, valleys and nature; the violet for the diversity of flowers, above all the national flower which is the orchid; the blue for the seas and rivers; the yellow for the sun and minerals; and the red for the talent, warmth and passion of the people.

Another six icons were launched along with the main brand to accompany matters of export (a boat), biodiversity (a toucan), culture (a poporo), investment (arrows), diversity of flowers (an orchid), and amphibians (a toad). Others will be introduced in coming months as well.

Colombia, a country that has tripled its direct foreign investment (FDI) over the last ten years, looks to be the answer in face of the global crisis. With its new image, the country will tell the world with figures and facts why exactly it is the answer.

“We have what the world needs,” said President Juan Manuel Santos in explanation of the country’s new slogan, reported magazine Semana.

“It has much to do with the moment in which Colombia is living,” said Santos as reported by Radio Santa Fe.

The country is in a process of renovation, in a growing economy with ample possibilities of business and investment.

“What we want is for the world to see Colombians more and more through positive eyes,” said the president.

This is not however, the first time that the country has attempted to change its image.

The new CO brand is meant to be relevant across new mediums in the digital world and apply to social networks to make the country more economically attractive in comparison to the old slogan “Colombia: the only risk is wanting to stay,” which was mostly appealing on a tourism level.

Reyes explained to Colombia Reports that it is common for countries to change brands approximately every five to seven years, giving an extreme example of Peru who has changed their brand 17 times over the last 20 years.

Though for some the new brand is modern and dynamic, there are still those that are nostalgic for the older images, such as ‘Colombia is Passion,’ and criticism has arisen with the launch of the logo.

“The old brand was created in response to Colombia’s then current situation, to show the warmth of the country in the face of a violent image abroad. Now the world knows that Colombia has changed and we want to show them everything that we do have and that the country is open for business,” said Reyes.

Some say that the image lacks synthesis and that it is difficult to identify with. The brand’s Facebook page for example is filled with comments that indicate the brand lacks a unique Colombian identification. The image has also been accused of lacking a differentiating element from similar countries’ brands such as Ecuador, Mexico, Brazil and the city of Lima, Peru, according to La Republica.

On the other side of the launch, the slogan “The answer is Colombia” has been praised and is thought to generate a sense of pride among Colombians. Time will tell how the brand settles in on both a national and international level.

According to the manager Hoyos, there are already companies that have linked themselves to the new country brand including Avianca, Bavaria, General Motors, Servientrega, Pacific Rubiales, Terpel and Americana de Colchones. She said that since the launch many companies have shown interest in carrying the brand on their products. For now they are allegedly evaluating legal proposals of how they could give trademark licensing to the process.