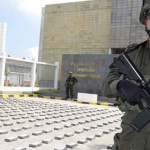 Colombia will take a leading role in fighting the drugs problem in the western hemisphere when it take on the year-long presidency of an international anti-drug commission, local media reported on Sunday.

Colombia will host the 54th Session of the Inter-American Drug Abuse Control Commission (CICAD) of the Organization of American States (OAS) from 11 December until 13 December and assume the CICAD presidency.

The commission describes itself as the Western Hemisphere’s policy forum for dealing with the drug problem and has since its founding in 1986 aimed to reduce the production, trafficking and use of illegal drugs in the 35 member states of the OAS.

The development of CICAD in Colombia is a response to concerns expressed by President Juan Manuel Santos that despite all efforts, the business is thriving illicit drugs and drug dependence within the countries of North, Central and South America is a serious public health problem.

This appointment comes as peace talks between the government and Colombia’s largest armed group, FARC, are set to begin on December 1, starting the third agenda point:drugs.

MORE: FARC to negotiate for legalization of drugs in peace talks: Commander