Colombia tipped as one of the world’s top retirement destinations 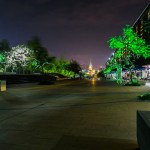 Twenty years back, it would have been hard to believe that Colombia would soon be considered a world-class destination for people looking to retreat overseas. Nonetheless, a look at recent global rankings show Colombia and its cities to be among the “creme de la creme” when on the search for retirement locations.

Medellin, Colombia might not be the first city that springs to mind when considering the world’s best retirement havens, however it looks like the South American country’s shady reputation is quickly evaporating to make it one of the top places to go for happy living.

“Most comfortable, affordable and convenient” – such is the description for the website Live and Invest Overseas’ choice picks for retirement cities, of which Medellin takes second spot.

So what exactly makes Medellin number two in the world for comfortable a relaxed retreat? Kathleen Pedicord, the travel specialist behind Live and Invest Overseas, believes that Medellin’s unwanted legacy as the playground of drug lord Pablo Escobar is a thing of the past, with its “perfect weather, top health care and low cost of living” making it one of the most idyllic retirement destinations in the world.

Described as “Colombia’s city of springtime and flowers,” Medellin’s aesthetic, security, cost, easy living and “screaming real estate bargains” clearly stood out to the scouts sent all over the world to create a report based on real-life experience of the locations.

As well as the “calming and peaceful” combination of red brick buildings and interspersed scattered greenery and foliage making it a treat for the eyes, its sunny reputation as the “city of eternal spring” is an irresistible plus for foreigners looking to settle down.

“Medellin, because of its climate, is naturally attractive. As news from our city because more varied, more and more people understand that this city is perfect for retirement.”

With a monthly budget of US$800 to $1,000 enough to get by in full comfort in Medellin, those willing to spend anything more will find that luxury is an easily-accessible option. Real estate is a joy for people looking to buy or invest, as the city’s most exclusive neighborhood El Poblado offers resale prices at as little as US$1,000 to $1,500 per square meter. Pay US$3,000 a month in rent, and you’re living in a penthouse in the swankiest part of town.

Financial benefits aside, the city is a constant buzz of culture, events, shows and activities. From its annual Flower Festival, International Tango Festival and free live concerts to its renowned theatre scene and museums, the day-to-day is far from boring.

And the Antioquian capital is, supposedly, ideal not only for the permanent settlers but also those looking for a temporary or part-time home. To those who look to avoid the hassle of visa requirements, it is suggested that they spend half a year in the city at the time, taking advantage of the other six months to make the most of the other Latin American destinations ranking high in the index such as Panama, Belize and Ecuador.

The healthcare offered by the Antioquian capital is world-class, according to Peddicord’s assertions that five out of Latin America’s 35 top hospitals are found in Medellin.

If you think that Colombia ranking high as one of the world’s safest and more convenient getaways is a one-off fluke, think again. Peddicord is only one of many travel experts recognizing that the South American nation is changing and, if you will, blooming into a top tourist and living destination.

Despite its troubled past and consequently low level of tourism over the past few decades — or perhaps because of it — Colombia’s relatively undiscovered treasures rank it as number six globally in International Living’s 2014 global index for retirement destinations.

To the living overseas magazine, Colombia boasts certain golden qualities that make it a country “more beautiful, dramatic, and diverse than nearly any other,” surpassing traditional stops for pensioners such as Italy and France.

As well as its superb economic advantages and cultural richness, the report highlights the diversity of the nation’s ever-changing geography and landscapes. With its spring-like Andean highlands, steamy tropical lowlands and paradisiacal beaches, Colombia offers a retreat for all personalities, tastes, and desires.

The post Colombia tipped as one of the world’s top retirement destinations appeared first on Colombia News | Colombia Reports.