QCOLOMBIA – Thousands of Colombians across the country took to the streets on Saturday for May 1 – May Day –  marches and protests against a government tax reform proposal, in the fourth day of demonstrations, even after President Ivan Duque vowed to withdraw the most unpopular parts of the package, that have resulted in at least six deaths.

Unions and other groups kicked off marches on Wednesday to demand the government withdraw the proposal, which originally leveled sales tax on public services and some food.

Many Colombians have complained that the tax changes would leave them poorer in the middle of the coronavirus pandemic.

On Friday, President Ivan Duque gave in to the pressure from the streets and said he would seek a rewrite of the plan and scrap the most unpopular clauses.

But that was not enough to keep Colombians from marching on May Day and venting their anger against the government. 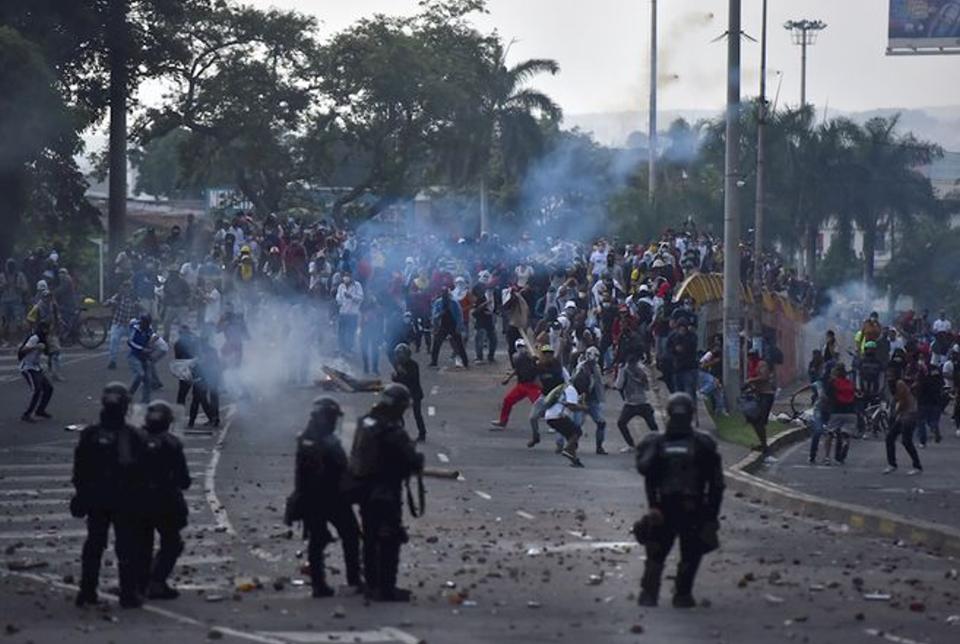 “It is not enough to withdraw the reform,” said 27-year-old Maria Teresa Flores in Bogota. She said the government’s handling of the pandemic and other actions “blew up in our faces.”

Cali, the country’s third-largest city, has seen the most vociferous marches. Besides Cali, demonstrations were held in other major cities such as Bogota, Medellin, Barranquilla, and Cartagena.

Death counts were inconsistent. National human rights ombudsman Carlos Camargo said that three protesters died in Cali and another three deaths there were being investigated. 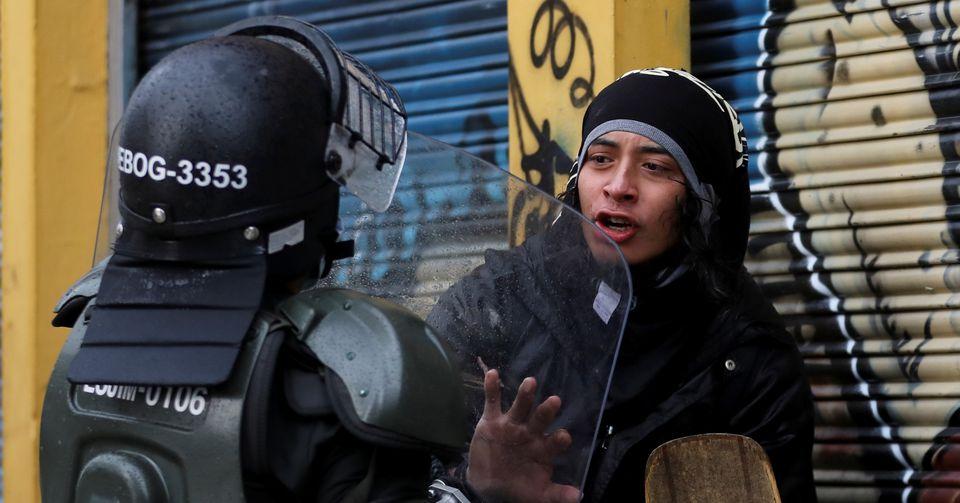 One death each occurred in Bogota and the city of Neiva, Camargo said. A police officer in the city of Soacha died of injuries sustained on Wednesday. A further 179 civilians and 216 police officers have been injured nationally. 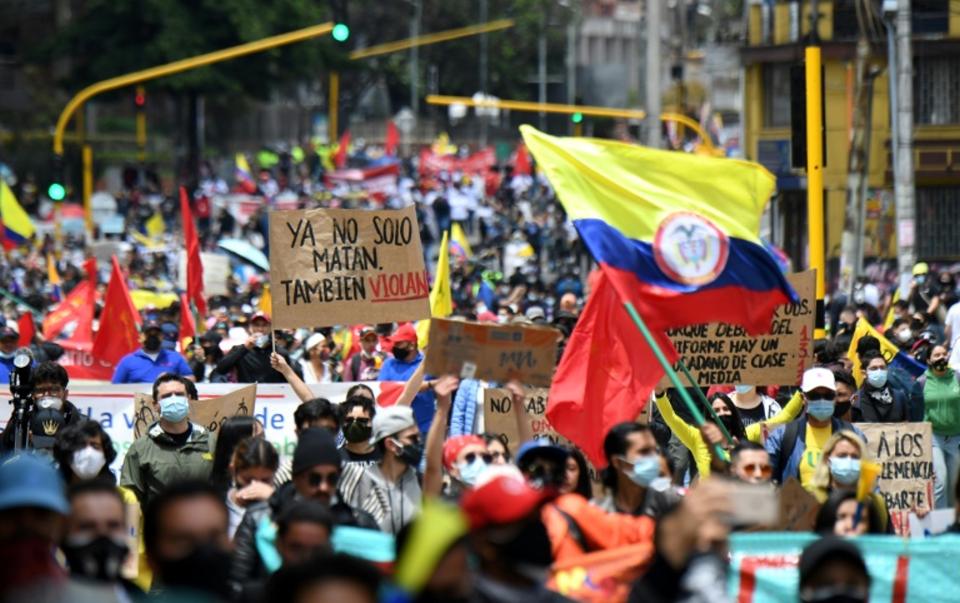 Cities at high risk for violence will continue to get military assistance, with accompanying human rights guarantees, Duque said in a Saturday evening video. 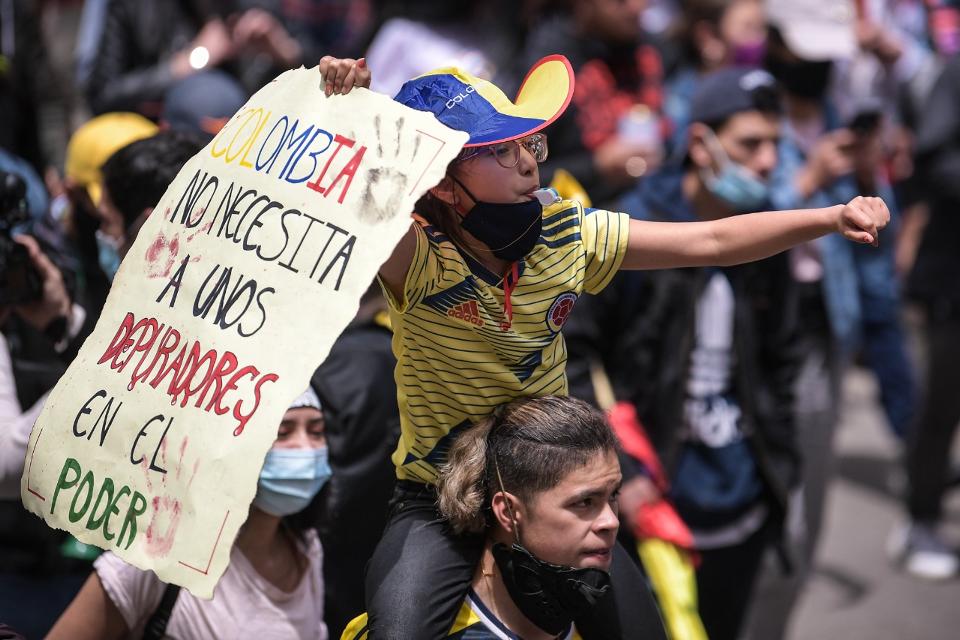 The government insists the reform is vital to stabilizing Colombia’s finances, maintaining its credit rating and funding social programs.