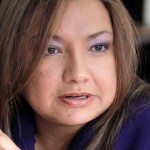 Colombia has taken a step towards joining the Organization for Economic Cooperation and Development (OECD) after presenting environmental qualifications Sunday to join the group of “developed countries.”

The announcement was made by Minister of Environment Luz Sarmiento, who said the presentation in Paris, France, was part of Colombia’s accession process into the OECD that was launched in September.

According to Radio Caracol, Sarmiento expressed optimism that at least in regards to environmental concerns, Colombia will be able to complete the requisites rapidly in the accession process.

“One-third of investment in the OECD depends on environment, it is a fundamental value,” said Sarmiento. ”We presented the first exam which went well for us, they congratulated us.”

The OECD is a group of 34 countries that identify good economic and political practices, coordinating policies of its members. The majority of the countries share a high Human Development Index (HDI), are generally considered “developed countries,” and coordinating together in a “club of good practices.”

Fundamental values of the organization include “a commitment to pluralist democracy based on the rule of law and the respect of human rights, adherence to open and transparent market economy principles and a shared goal of sustainable development.”

President Juan Manuel Santos has shown great interest in joining the network to strengthen and diversify Colombia’s economy as it participates further in the global market economy.

To complete the accession process, Colombia must introduce a series of reforms, addressing various issues such as armed conflict and economic inequality, with support and advising from the OECD.