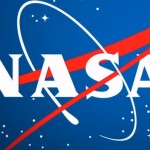 Five high school students from Colombia’s capital Bogota were picked from 400 participants of a high school robotics program to be send to a NASA student workshop, reported RCN Radio on Tuesday.

According to the radio station, the five girls were handpicked by the NASA’s director of the robotics department, Mark Leon, on the base of their extraordinary performances in the program that provided them with a certificate of secondary education in robotics.

The US space agency invited the five girls to take part in an international robotics workshop with 20 other high school students that will take place in the US in December.

“We don’t know what to say because this is very important news for us! For us this means the beginning of a long career in the field of robotics,” one of the girls told RCN.

During the two weeks of the workshop the participants will receive lectures in English about how to construct robots and the functioning of electronic mechanisms.

“They told us the lectures will be in English, but we will have a translator with us. We will take as much notes as possible to take some of the knowledge back home with us, to share it with the ones who had to stay,” stated one of the students.

During the workshop, the girls will have the chance to build a robot of their own and to take part with it in the most prestigious robotics competition that will take place in Atlanta, U.S., in April of 2014.