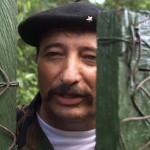 Colombia’s Prosecutor General’s Office reported Monday that a military-led operation resulted in the confiscation of 17 properties and extensive assets from the FARC rebel group, the country’s oldest.

With participation from 500 members of the armed forces and an additional 40 members of the Prosecutor General’s Office’s Technical Body of Investigation, “Operation Lighthouse” lasted four days and was successful in seizing some 11,800 acres of property in the southern state of Caqueta, officials said.

The FARC allegedly forced the original land owners to sell the properties at rock-bottom prices and then paid for the properties using revenue from drug trafficking. The properties were reportedly then used as bases to train FARC forces.

According to the Prosecutor General’s Office, the properties were previously under the control of alias “Mono Jojoy,” a former FARC military commander who was killed in a 2010 airstrike in the state of Meta.

Following his death, the properties reportedly fell to one the leaders of the Southern Bloc, alias “El Paisa.” On an everyday basis, the Prosecutor General’s Office claimed, the properties were maintained by people of low economic status for the equivalent of roughly $100 per month.

While Colombian police have previously seized land and assets from the FARC in other parts of Caqueta, including a $6.3 million raid in October of last year, authorities say this is the first seizure in this particular part of the state, one with a strong guerrilla presence. Some of the confiscated assets were reportedly located in the Meta department, as well.

The Colombian Government and FARC have been in peace negotiations since November 2012, but no ceasefire agreement has been implemented.