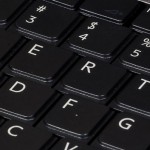 Colombia is set to lose $3.6 billion to fraud this year, triple what it lost just two years ago, according to a report by auditing giant KPMG.

The damage in 2013 due to economic crimes in companies operating in Colombia is estimated at $3.6 billion, or 1% of the Colombian gross domestic product for 2012, according to the recently released KMPG “Fraud Survey Colombia 2013″ report. In 2011, the damage was $950 million.

Lack of ethics and integrity

The report reads: “This number must invite to a deep reflection in the country about the cost represented by the lack of ethics and integrity in the companies operating in Colombia.”

Financial crime, or the cooking of accounts, was only 10 per cent of the crimes committed, but accounted for almost half of the economic damage. In addition, corruption in both the private and public sector is set to cost Colombia $800 million this year.

The report attributes rise in crimes to a business environment where supervision and internal procedures are very lax, leading to abuse.

In recent months, Colombia and the European Union signed a $12 million agreement to fight corruption.

Cybercrime on the rise

Cybercrime, stealing money or information via computer, is increasing and will cost Colombia $500 million in 2013, Colombian publication Portofolio said on Monday.

The increasing use of mobile phones and internet banking have seen the opportunities for cybercrime to rise.

Disturbingly, the most common way (4 in 10) cybercrimes were discovered was by accident. Only one in three is discovered by the systems set up to police it.

Colombia’s Cybercrime Police Centre chief Colonel Bautista, told Portofolio police had captured more than 343 Colombians cybercriminals in 2013. There were also Russians, Dominicans, Argentines and those from other countries.