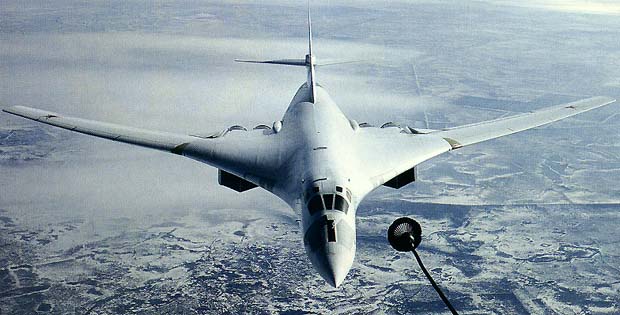 Santos said the two planes crossed Colombian airspace on Friday flying from Venezuela to Nicaragua. They re-entered Colombian territory on their return journey but flew out of the zone when intercepted by two of Colombia’s Kfir military planes.

“As they are military and government planes, they needed to request permission but didn’t. We have simply requested that the Foreign Ministry make the respective notification to the Russian government,” Santos told reporters after a government meeting on security issues.

Military sources told Reuters the planes were Russian-made Tupolev Tu-160 bombers flying from the Venezuelan coastal city of Maiquetia to Nicaragua’s capital, Managua. The sources said the bombers flew into Colombian airspace over its San Andres y Providencia archipelago in the Caribbean Sea.

Last year the International Court of Justice in The Hague rejected a claim by Nicaragua to Colombian islands in the archipelago, but extended Nicaragua’s continental shelf and economic exclusion zone into waters near the islands, rich in fish and believed to have large oil reserves beneath.

Colombia has rejected the court’s verdict as inapplicable and continues to exercise control over the waters, raising tensions with Nicaragua.

Russia has invested billions of dollars in OPEC-member Venezuela’s oil sector and offered it credit lines to buy Russian weapons, while Nicaragua has announced plans to buy Russian military equipment.