President Duque proposed drafting a new tax reform bill that discards the main points of contention: the increase in the VAT tax for services and goods and the expansion of the income tax payer base

QCOLOMBIA – The violence registered in different cities across Colombia during the last five days of massive protests against the controversial tax reform, has left 19 dead and more than 800 injured by this Monday afternoon.

The protests continued this Monday, May 3, for the sixth day, despite the fact that President Iván Duque withdrew the fiscal bill, promising to draft a new bill that discards the main points of contention: the increase in the Value Added Tax (VAT) for goods and services and the expansion of the taxpayer base.

According to the Ombudsman’s Office, 18 civilians and a policeman died in the protests that began on April 28 throughout the country.

The Defense Ministry in turn reported 846 injured, of which 306 are civilians.

Defense Minister, Diego Molano, said the acts of violence are “premeditated, organized and financed by dissident FARC groups that departed from the peace agreement signed in 2016, and by the ELN, the last guerrilla recognized in Colombia”.

Authorities have arrested 431 people during the riots and the government ordered the deployment of the military in the most affected cities.

NGOs and the opposition accuse the Police of shooting civilians.

Pressured by the demonstrations, President Duque on Sunday ordered the withdrawal of the tax reform proposal that was being debated in Congress, where a broad sector rejected it, pointing out that it punished the middle class and was untimely in the midst of the crisis unleashed by the pandemic.

Alberto Carrasquilla, Colombia’s Minister of Finance, resigned this Monday as a result of popular rejection of the tax reform bill, of which he is the author, following Sunday’s announcement by President Duque to withdraw and draft a new bill.

Carrasquilla was also the author of the previous tax reform bill submitted in 2004, during Alvaro Uribe’s government (2002-2010), for which they consider the impossibility of making the law viable for the second time as a red alert for his political career.

El Espectator confirmed that Deputy Finance Minister Juan Alberto Londoño, and the director of Planning, Luis Alberto Rodríguez, also resigned their respective posts. Who is next asks the newspaper. 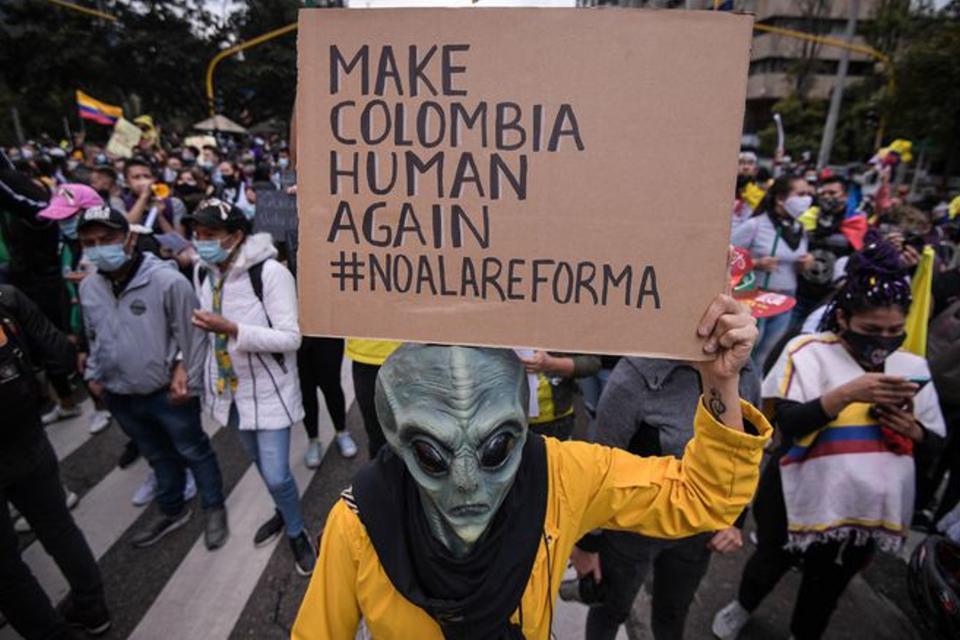 Duque’s government introduced the bill on April 15 in the hopes of financing public spending and revamping the economy, in a country that has seen its worst recession in half a century, with its GDP dropping 6.8% in 2020.

The unrest in Colombia has coincided with a surge of anti-government demonstrations elsewhere in Latin America.