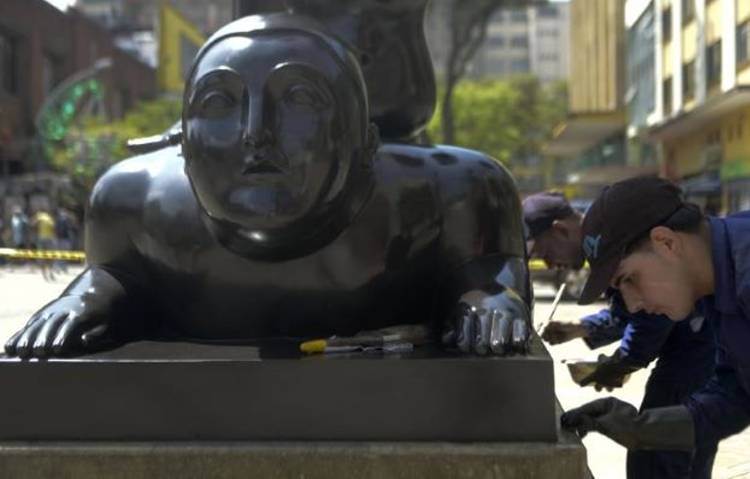 Situated in parks or along streets, the 27 works of amply proportioned people and animals are showing signs of weather damage and vandalism.

But Maria Adelaida Bohorquez, a restorer at the Museo de Antioquia, the institution that owns most of the works, says most of those defects will be wiped away, visible only to an expert eye, after a laborious restoration that is scheduled for completion by the end of the year.

“The sculptures will have the tone they did originally,” she told AFP.

She cautioned, however, “There are some very deep scratches that we will not be able to eliminate.”

Twenty-three of the works getting a facelift are in the museum’s Plaza Botero, which the artist inaugurated in 2002.

Three others are in the city’s Parque San Antonio and a fourth in the Parque Berrio.

The plan to restore them to their original color and condition was presented to Botero, 81, who gave his blessings, Bohorquez said.

One of the world’s most sought-after contemporary artists, Botero has works on display in museums and parks around the world.

He has donated some 200 paintings and sculptures to Medellin, and many others to the Botero Museum in Bogota.