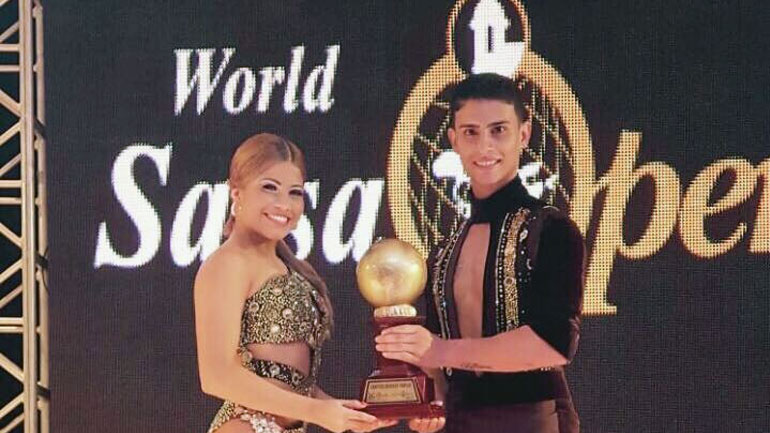 The two won in the freestyle improvisation category, defeating seven other contenders in the final.

None of the couples was allowed to know or hear the song they would dance to until the band started playing. “All participants were isolated in a different room ahead of their participation,” the organization of the dance contest said.

Avil and Benjumea’s award-winning improvisation was to the salsa classic Señor Sereno and looked like this: