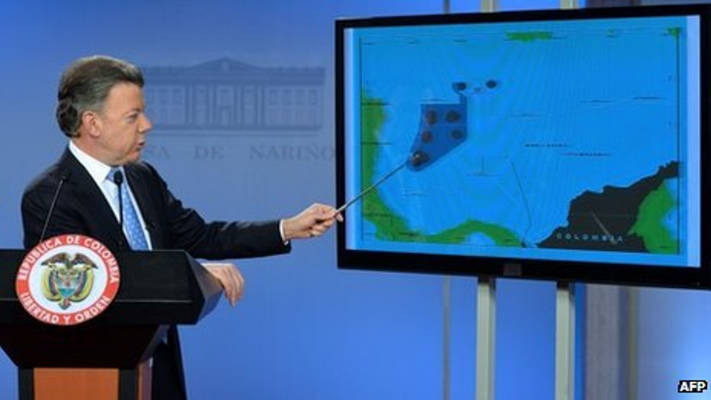 The Colombian government has recalled its ambassador to Nicaragua for consultations amid a worsening row over maritime borders in the Caribbean. Colombia’s move came after Nicaragua launched legal action at the International Court of Justice (ICJ).

Nicaragua says Colombia has failed to respect a ruling issued in 2012 by the court at The Hague. Last year the Court awarded Colombia a group of small islands but gave Nicaragua a large area of maritime territory.

Colombia rejected the ruling and denounced the “unfounded pretensions of Nicaragua”.

Colombian President Juan Manuel Santos said at the time the ruling “could not be implemented” as new international borders could only be fixed by bilateral accords. 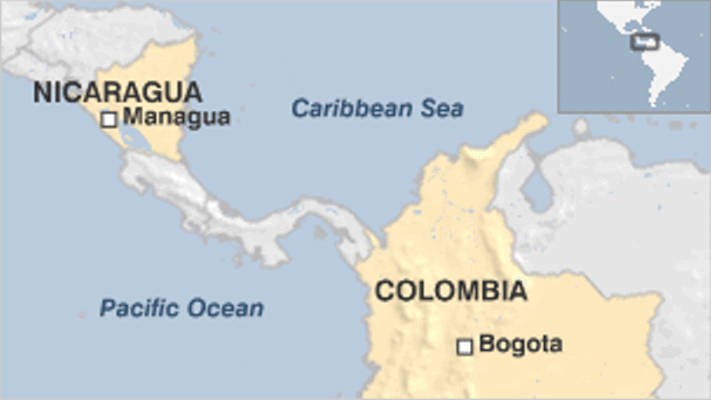 Colombia then announced that it no longer recognized the jurisdiction of the ICJ.

On Wednesday in The Hague, Nicaragua said Colombia was in violation of its sovereign rights and maritime zones.

Correspondents say Nicaragua is hoping that the court declares that Colombia must accept the 2012 ruling.