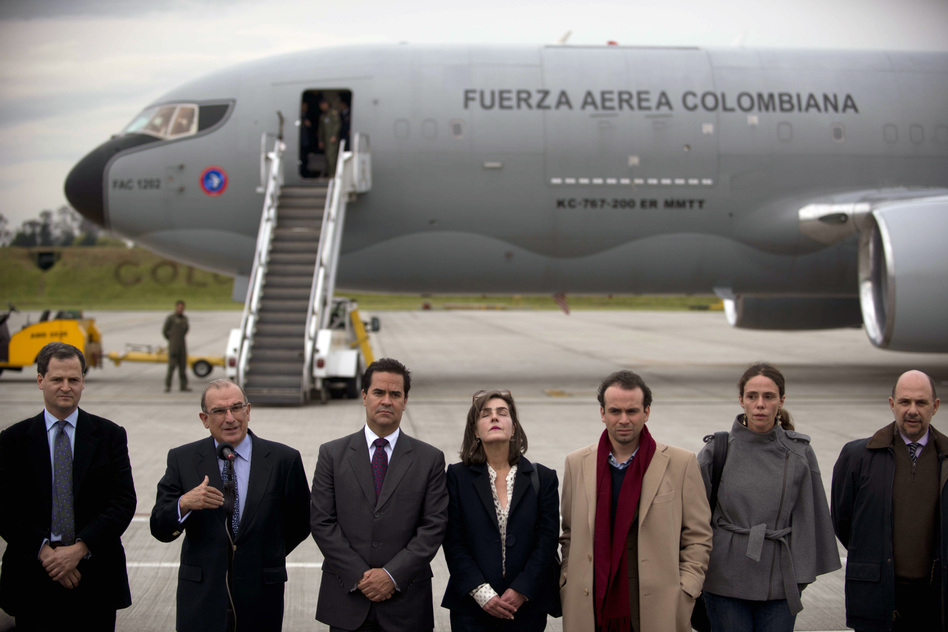 After a first round of historic peace talks, the Colombian government and members of the rebel Revolutionary Armed Forces of Colombia have agreed to continue peace talks in Havana, Cuba.

It was just this summer that President Juan Manuel Santos acknowledged for the first time that the two groups were engaged in “exploratory talks” aimed at bringing the longest war in the Western Hemisphere to an end.

Reports are that the two sides talked for about seven hours outside Oslo and decided to meet in Havana on Nov. 15 for the next round.

“‘We want to embark on a road to social change,’ said the government’s lead negotiator, former Vice President Humberto de la Calle, who sat at a long table that included the chief negotiators of both sides.

“He acknowledged Colombia’s “unjust social differences,” including a deep gulf between rich and poor.

“The chief rebel negotiator, Iván Márquez, took advantage of the news conference to launch a lengthy, detailed political statement after saying the Revolutionary Armed Forces of Colombia, or FARC, had arrived in Norway ‘with an olive branch.'”

This is a big deal, reports The New York Times. There have been three previous attempts at bringing peace to the country, but the war has continued for more than 50 years. In the ’90s, the paper reports, FARC took advantage of a ceasefire to train more fighters. But things have changed. The Times reports:

“The Colombian Army is much stronger, better trained and better equipped than it was, thanks in large part to billions of dollars in aid from the United States. And the FARC is weaker, with an estimated 9,000 fighters, down from about 17,000 in the 1990s. The army has also killed top FARC leaders, including the previous top commander, Alfonso Cano, last November.

“For the first time, analysts say, the FARC is entering negotiations saying it is willing to lay down its weapons. But the FARC has little credibility with most Colombians.”

“The negotiators entered the conference room together, then sat at a table with representatives of Cuba and Norway between them. They did not talk or shake hands.