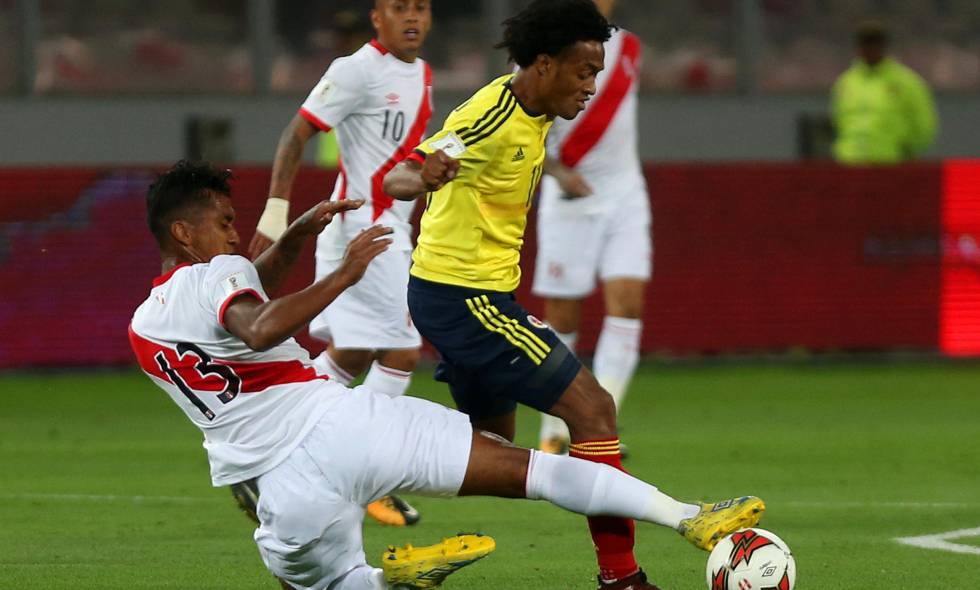 Colombia qualified for next year’s World Cup on Tuesday after a dramatic last round of South American fixtures that also saw qaulity Uruguay and Argentina and Peru clinch a playoff spot against New Zealand.

“Los Cafeteros” (Colombia) took the fourth post, with 27 points, to qualify for a sport in the 2018 Fifa World Cup in Russia.

Colombia held onto the fourth and the final automatic spot thanks to a nailbiting 1-1 draw in Peru. The home side managed an equalizer with 16 minutes remaining to guarantee fifth place.

With five matches played concurrently, the permutations in the South Amercia confederation changed on several occasions but ultimately it was Chile and Paraguay who were left heartbroken.

Going into Tuesday’s D-DAy in CONMEBOL, South America’s World Cup qualifying, only one spot was booked, Brazil, while the three direct spots were still up for grabs.

The South American qualifying is a real qualifying system, all teams have the same opportunities and on every date the qualifying table changes. Colombia and Argentina was out one day and 90 minutes later is on it’s way to Russia.

(AFP) Colombia will not take struggling Japan for granted when the...
Read more
- paying the bills -