Colombia pumps more crude in 2013 but with fewer wells 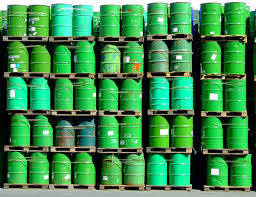 Colombia’s average crude oil output in 2013 is expected to rise 7 percent from last year to 1.007 million barrels per day, the country’s petroleum industry association said on Wednesday, but the pace of exploration for badly-needed new reserves slowed.

The association, known as the ACP, expects oil output in 2014 to rise 2 percent to 1.030 million barrels and for 6 percent more exploratory work to be carried out. About 10 percent fewer exploratory and production wells were drilled in 2013 than the year before.

“It is necessary to have a significant increase in the number of exploratory wells drilled and in the rate of recovery from existing fields,” Alejandro Martinez Villegas, executive president of the ACP, said in a statement.

The government, which owns Ecopetrol – the Andean country’s main oil company – is expected to earn 35 trillion pesos ($18.09 billion) from the sector in 2014, up from the 31 trillion pesos the association has forecast it will earn in full-year 2013.

Natural gas production is estimated to end the year at an average 1.18 billion cubic feet per day, below the target of 1.23 billion bcf per day.

Ecopetrol announced two new significant onshore oil discoveries in the last two weeks with 35 million barrels of proven reserves of heavy crude that it will pump with Canada’s Talisman Energy and another 22.4 million barrels in the Cano Sur Este block which Ecopetrol owns.

The oil sector was the destination for about a third of foreign investment in Colombia in this year after a 10-year U.S.-backed military offensive against the country’s leftist guerrilla groups improved security. Nonetheless, it estimates foreign investment in the sector fell about 5 percent in 2013.

But the FARC and ELN guerrillas have in the last few months stepped up attacks, particularly on oil pipelines, cutting potential crude output and polluting rivers.

The ACP said another hindrance for the sector had been the long waits and restrictions involved in obtaining environmental licenses for oil projects, something it said it was working with the government to improve.

Colombia is Latin America’s fourth-largest oil producer. Coal mining and coffee are the other most important commodities it exports