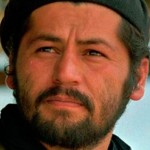 Colombia offered a $20,000 reward Friday for information on the whereabouts of a notorious kidnapper and prominent rebel FARC leader Henry Castellanos.

The Colombian Army is offering 40 million pesos (US$20,760) in return for information on Castellanos, alias “Romaña,” one of the chiefs of the oldest rebel group in the country, the FARC.

Renowned for being the FARC’s number one kidnapper, and one of the brains behind the mass kidnapping and theft initiatives nicknamed “pescas milagrosas,” (“miracle fish”) the army had been on Garzon’s tail for years in Meta State.

Javier Florez, commander of the Joint Command number 3, told Caracol Radio that the military’s request for information follows a military offensive on Thursday in the municipality of Uribe, during which three members of Garzon’s inner security circle were killed.

They believe that Garzon may have been wounded or even killed in the attack.

“I cannot confirm whether he is injured or not but from what we have understood his situation is not easy,” Javier Florez, commander of the Joint Command number 3, told Caracol Radio. “It’s possible that this time we have neutralized him, we are looking for him, and I’m taking this opportunity on Caracol Radio to announce a reward of 40 million pesos to whoever provides information on the whereabouts of the wounded or defeated alias ‘Romaña.’”

Garzon is wanted on charges of kidnapping and the extortion of business owners and cattle ranchers in the states of Cundinamarca and Meta. He used the illegal money to buy war supplies for the FARC.

Through the forceful displacement of local farmers, he had also robbed his way to being one of the major landowners for the rebel group.

The main location of the investigations is La Uribe, Meta, where the FARC’s Eastern Bloc operates.