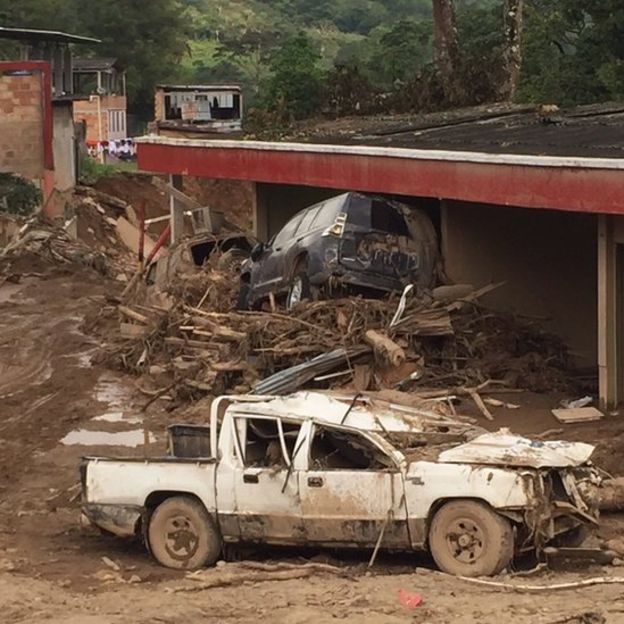 TODAY COLOMBIA – Hundreds of people are confirmed to have lost their lives in Saturday’s landslide in Colombia.

Forty thousand people live in the south-western town of Mocoa that was hit by a torrent of mud and debris.

The search for survivors continues, but hopes are fading fast for those still waiting on news about loved ones.

The BBC’s Laura Bicker has been reporting from the region – sharing images of those affected by the tragedy.

The town was devastated by mudslides as water tore through its centre after a night of extremely heavy rain. 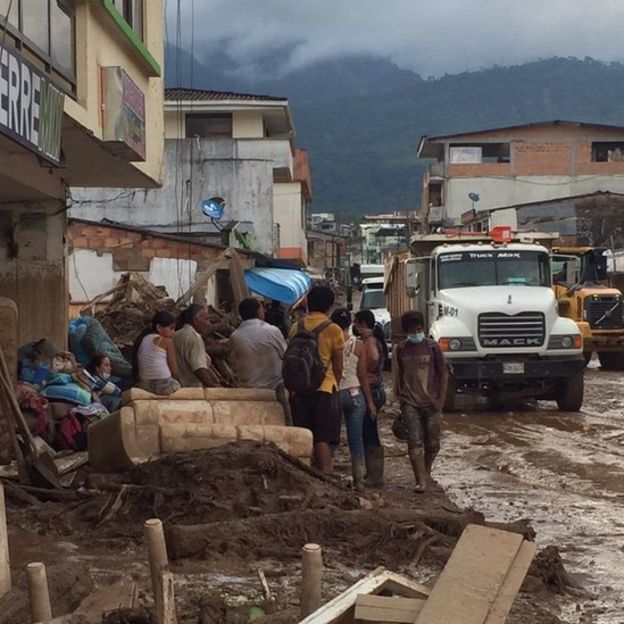 Neighbourhoods were swept away amongst the rising water levels.

Our correspondent says in a Twitter post: “Mud lies thick on the streets of Mocoa. They’re still searching for the missing but with little hope.”

“Five main rivers flow off these mountains – the rain came with mud and debris tearing through.”

Colombia declares emergency
‘The river has got us, help us please’

She described how during a live report for the BBC News at Ten, a small boy tugged at her trousers pleading for help. 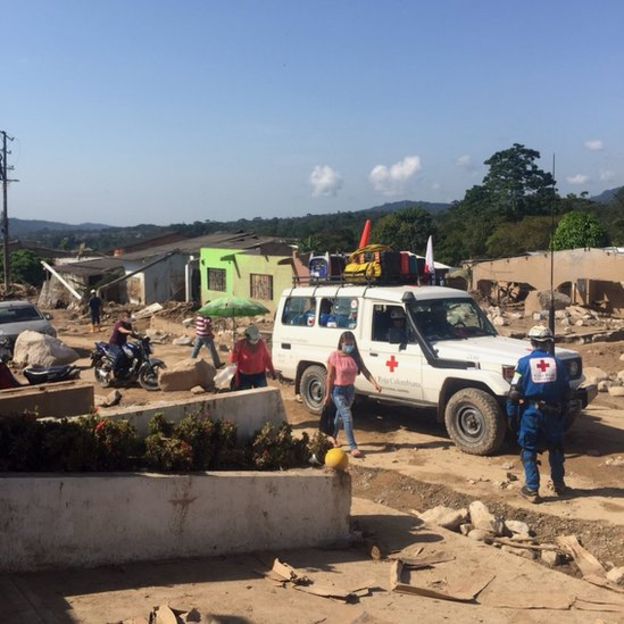 She explained that while much of the neighbourhood of San Miguel had been wiped out, people still tried to salvage what they could.

Some were sitting amongst their mud strewn possessions including a sofa, she added.

In one image, a man is seen sitting alone amongst debris, with roads and pathways now invisible in amongst the mud.

People were still living in the rubble in Mocoa, our correspondent said.

She posted one image of a volunteer, who said he had saved hundreds with just a torch for help.

He is one of many aiding people who were trapped by the mud.

Laura posted an image of Red Cross workers at the scene, who are still continuing their efforts despite the dwindling chances of rescue.

She captioned the image: “Over 270 confirmed dead, but they say 374 are still missing.”

Colombian Landslide: Over 200 Die In Mocoa, Even More Missing

Landslides have killed at least 206 people in south-west Colombia and...
Read more
- paying the bills -