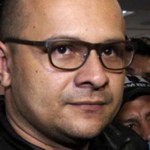 A Colombian judge ordered the release of “hacker” Andres Sepulveda, jailed for intercepting confidential military intelligence and spying on the peace process with the FARC in Havana, Cuba, according to national media.

The judge cited that there is not enough evidence that Sepulveda – who has been in jail for over a month – should be imprisoned as a precautionary measure, “there was an insufficiency of proper evidence,” as quoted by national newspaper El Espectador.

“They [the Prosecutor General’s office] did not complete the legal requirements to attribute Andres Fernando Sepulveda to the nature of the crimes at the moment of processing,” quoted national newsmagazine Semana. It was also added that a confession was not ample evidence to imprison a person, and that irregularities were present in the Prosecutor General’s office initial indictment.

The judge continued, “There was no arrest warrant [when Sepulveda was detained], but during the raid [of Sepulveda’s apartment], when there was finally a legal professional [Dr. Garcia], Dr. Garcia manifested [Sepulveda’s] intention to be heard and interrogated and was instead subsequently arrested in a flagrant situation.”

Despite his freedom, Sepulveda’s release is only until the ongoing investigation against him develops, at which point he may be arrested again.

Sepulveda was arrested on May 6 after CTI agents of the Prosecutor General’s office raided an apartment in Bogota, where they discovered surveillance equipment allegedly used to intercept electronic communications about ongoing peace negotiations with the FARC in Havana, Cuba, as well as information on Zuluaga’s primary opponent in the election race, incumbent President Juan Manuel Santos.

MORE: We were ordered to spy on Santos: Key witness in Zuluaga wiretapping case

Sepulveda admitted to having ties to military intelligence officials, and purchasing information from the “Andromeda” program, a top-secret intelligence gathering operation that was run by the Colombian military and also targeted the Havana peace talks, along with journalists covering the negotiations and politicians close to the talks, according to documents obtained by El Tiempo.

The documents obtained by El Tiempo reveal that shortly after the discovery of the Andromeda program, Sepulveda met with a contact who offered him information about the FARC and the negotiation process.

Sepulveda has also admitted, according to the newspaper, that the individuals involved in the Andromeda program offered him a packet of information, which included chat logs and emails of discussions between top level FARC officials, for $15,000.

Furthermore, in the conversation it is revealed that not only did Sepulveda illegally acquire information from Colombian authorities, but also from the United States armed forces.

Connection to the Zuluaga campaign

Sepulveda’s connection to the election campaign of Democratic Center (Centro Democrático — CD) candidate Oscar Ivan Zuluaga was an especially contentious issue in the first round of elections. A scandal broke when a video was released to Colombian media where Zuluaga appears discussing confidential information with Sepulveda.

The video was recorded secretly with the cellphone of another hacker, a few weeks before the arrest of Sepulveda.

The video shows Sepulveda in his office against nine computer monitors, with Zuluaga sitting at his side, listening to the hacker speak. Zuluaga and his lawyer continue claim the video is a “montage,” despite the Prosecutor General’s office confirming its validity.