Colombia improves English proficiency, but remains at bottom of rankings 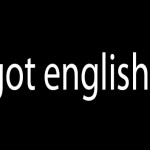 Colombia ranked 46th of 60 countries in English proficiency according to a recent report released by Education First (EF), the largest private education provider in the world. A Brazilian Professor and advocate of English study in Latin America asserted that “knowing English is the new world divider.”

“No student should finish undergraduate studies in Latin America without knowing English,” said Professor Leandro Tessler, speaking on the current climate of English study amongst South and Central American countries.

“I always tell my students that they must learn English first, and then I will teach them quantum mechanics…of course it’s a joke, but it works very well.”

The report explained that while Colombia among others have improved–Colombia was in the bottom five the previous year–”the poor level of English will continue to one of the most important weaknesses of Latin America.”

Professor Tessler, who has written in British newspaper, The Guardian, about the risks of letting Central and South America fall behind in English, spoke with Colombia Reports to outline some major problems facing the English situation in Latin American universities, suggest potential solutions for countries like Colombia, and warn of consequences if they do not improve.

“English is the only way that we can be competitive in the international market,” emphasized the professor.

The professor from one of Brazil’s top public universities, Unicamp, claimed that two main problems facing the fate of English in public Latin American universities are a lack of international teachers and students and an “ideological obstacle.”

Tessler explained that there is generally a low level of English in many Latin American countries’ populations, and because of that there are very few classes that are formally taught in English.

“[Universities need] the ordinary courses at least…such as calculus, physics, chemistry, biology, etc… to be offered in English to attract international students…and teachers to Latin America,” said the language enthusiast.

Tessler insisted that even if students have had no formal training in English prior to coming to university (“which is a big problem”), in his university’s experience, “[sic] when putting students who have never properly learned English in contact with English [students and teachers], they will quickly learn.”

Unfortunately it’s hard to get foreign teachers who will teach in English because “they have to face the possibility of only teaching in [Spanish or] Portuguese.”  The professor recounted a story of his daughter’s first year in college.  Of all of her statistics teachers, only one was Brazilian, which was a good thing in Tessler’s eyes.  The only problem was that her foreign professors had to teach in Portuguese, and it was harder to understand their poor Portuguese than it would have been to try to learn in English.  This represents a large challenge facing many universities today.

The second obstacle is an “ideological” problem with older Latin American professors.

“I was in a meeting with the National Association of Portuguese Speaking Universities, and there was a woman who said, ‘I would love for Portuguese to be the international language of science.’ Unfortunately, it’s not…and we cannot expect the world to adapt around us,” said Tessler.

He affirmed that there are many professors –signaling out humanities professors in the process–especially in Unicamp who are still “living in the 60s,” and are hesitant to officially adopt English.

“People believe that by teaching English we’re giving up our ‘Latinidad,’ our Latin American sovereignty and opening the doors to the evil imperialists from the north. I don’t agree with that,” Tessler explained.

In his university, “the humanities lobby” stopped a program that the English supporter tried to implement, which would have allowed students to choose to take the same class in either English or Portuguese as they wished, “no questions asked.”  The lobby alleged that the school needed a language policy before they just “started to teach in English.”

A Desire to Learn and Solutions Moving Foward

Professor Tessler stated however that there is clearly a desire from the students to learn English.

“The students do want to learn English. A few years ago I did a survey amongst students in their first year in mechanical engineering, and 90% of them said that if they could choose between English and Portuguese as an instructional language, they would choose English, even those who are not very familiar with English,” the professor told Colombia Reports.

Tessler stated that Latin American universities can do two things to improve the quality of English education in universities. First, they must invest in attracting foreign professors and lecturers to come teach in Central and South America; and second, they must start to institutionalize at least graduate programs taught in English.

If universities do not take these steps, countries such as Colombia that are already ranked low on EF’s report, will fall deeper into “linguistic isolation,” according to the language enthusiast.

Private universities in Colombia have recognized this challenge and schools such as Los Andes University in Bogota have begun to offer graduate classes in English.

Tessler raised an example of a Portuguese scientist who had discovered a male contraceptive drug, and published his article in Portuguese.  The findings were very “big and important” but no one paid any attention to it until five or six years later when other Portuguese scientists cited it in English.

“Science is in English.  English is lingua franca in modern academia, and there is no way you can be international if you do not use English currently.”

The multilingual professor warned that “Knowing English… it’s a new world divider…We will start missing opportunities, business opportunities if we don’t get into English very soon. China is starting to [prioritize English], India has done that. France is doing so, Germany is doing so–in the Netherlands all undergraduate courses are in English. We’re going to be left behind…we will be isolated”

Tessler concluded in disbelief of anyone who cannot see how important it is to learn English.