Colombia Highlights Links with Ecuador and Venezuela in 2013

(Prensa Latina) Colombia consolidated and strengthened its links with neighboring countries like Ecuador and Venezuela in 2013, and boosted the projection of its foreign policy towards Central America and the Caribbean, according to a Foreign Ministry report. 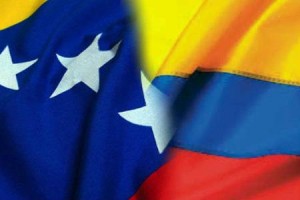 In a review of the year, the report highlights stronger links with Ecuador and Venezuela, which are experiencing their best times with a dynamic, renewed common agenda.

In the case of Ecuador, the report cites two Binational Cabinet meetings held in 2013 with results such as the construction and operation of the Ramichaca international bridge, as well as the interconnection of heavy crude pipelines and the operation of the Binational Center for Border-Related Affairs in San Miguel de Putumayo.

Regarding Venezuela, relations are fluid and becoming stronger, the report says, listing two binational work meetings held during the year, presided over by the foreign ministers of the two countries. These meetings led to the execution of projects like the construction of the Las Tienditas international bridge, the Binational Agreement to Fight Cell Phone Theft, and the operation of the Jose Antonio Perez international bridge.

The report also refers to visits paid by Foreign Minister Maria Angela Holguin to Peru, Uruguay, Argentina and Chile, as well as cooperative relations with Brazil and with Central American and Caribbean countries.