A legal challenge to the country's restrictive abortion law sparked a national debate over the practice. Latin America has some of the world's strictest reproductive rights laws.

Colombia’s Constitutional Court ruled on Monday to maintain the status quo on the country’s abortion law, which allows a pregnancy to be terminated under three specific situations. The decision ended weeks of debate about whether to expand abortion rights in the Latin American nation. 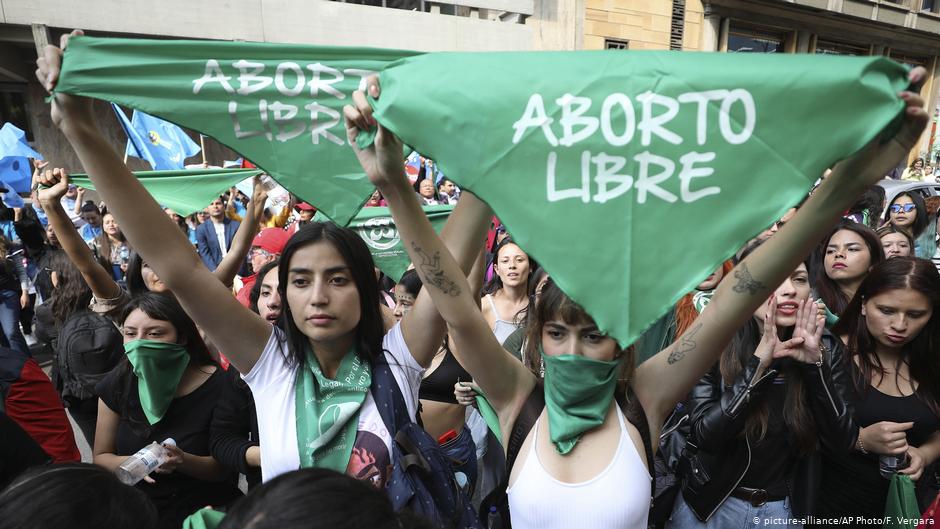 Abortion is illegal in Colombia, but the procedure can be performed in case of rape or incest, if there are fatal fetal abnormalities, or if the pregnancy endangers the mother’s physical or mental health. These exceptions have been in place since 2006.

The court’s ruling came in response to a legal challenge that sought to reinstate a ban on abortions in all circumstances. But a proposal had also been filed last month for the judges to consider allowing all abortions in the first trimester.

In the weeks prior to the ruling, Colombian society engaged in a heated debate over abortion rights, with those for and against the practice holding rival demonstrations.

A deeply Catholic nation, polls showed that a majority of Colombians would be against expanding abortion rights.

“Today’s decision by the Constitutional Court was a missed opportunity to stand on the right side of history to provide Colombian women and girls safe access to abortion,” Paula Avila-Guillen, director of Latin America Initiatives at the Women’s Equality Center, said in a statement.

Amnesty International (AI) also accused the court of turning its back on women. “We regret that the court has decided to continue restricting women’s sexual and reproductive rights instead of setting a positive example for the region,” AI’s Americas Director Erika Guevara Rosas said.

Colombia’s conservative President Ivan Duque said he was satisfied with the court’s ruling, saying it was “very important” for the country.

“I am a pro-life person, who believes that life begins at conception,” Duque said.

Court Rules Against Uber and its 83,000 Drivers

Colombia’s Constitutional Court has ruled against Uber with a verdict that...
Read more
- paying the bills -