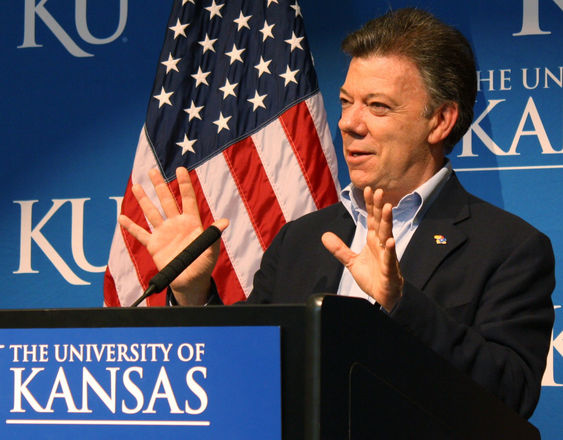 “Today, I am proposing formally that [the UN]…carry out a far-reaching assessment of the progress and limits of the current prohibitionist approach to drugs,” said the Mexican president. Calderón and his counterparts in Guatemala and Colombia made their remarks before the 193 nations of the General Assembly, challenging on an international stage the oppositional stance that nations such as the U.S. have taken toward drug legalization.

“It is our duty to determine—on an objective scientific basis—if we are doing the best we can or if there are better options to combat this scourge,” said Santos.

The OAS is already studying the idea of drug legalization in the Americas as a way to cut down on crime and cartel-related violence, and is expected to release a report with recommendations within a year. In Mexico, the government last reported in January that 47,000 Mexicans had been killed between December 2006 and September 2011, but it is now estimated that 60,000 people have died in Mexico’s drug violence since Calderón took office.

Calderón, who will step down as Mexico’s president in December when Enrique Peña Nieto is inaugurated, asked drug-consuming nations “to evaluate with all sincerity, and honesty, if they have the will to reduce the consumption of drugs in a substantive manner.”

In his address to the UN, Guatemalan President Otto Pérez Molina was expected to bring up drug legalization, as he has in the past, but he did not do so. Instead, he said that Guatemala was interested in convening nations that are “well disposed to reforming global policies on drugs” to consider “new creative and innovative alternatives.”

In an interview with the AP on Tuesday, Pérez Molina, a retired general who vowed to fight crime in Guatemala with an “iron fist,” said that he needed more military equipment  to effectively fight drug trafficking. The U.S. cut off military aid to Guatemala after the country’s brutal civil war, but the U.S. has still spent $85 million fighting drug trafficking in the country since 1996. Under the Central American Regional Security Initiative, the U.S. has spent $496 million since 2008 supporting security forces in Central America.