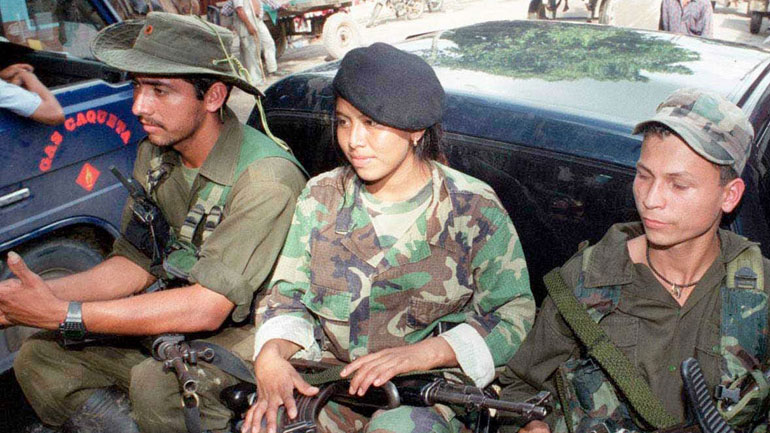 Colombia’s Ombudsman, Jorge Armando Otalora, claimed that social and economic reintegration for these victims is not offered under current legislature which ignores the victims of neo-paramilitary groups, who are responsible for the majority of child soldier recruitment cases.

Instead, he said the government “only recognizes children and adolescents recruited by the guerrillas or [now-defunct] paramilitary groups.”

Otalora claimed the law discriminates children who are victims of illegal recruitment by the latest generation of criminal groups such as “Los Rastrojos” and “Los Urabeños” that were created after the demobilization of respectably the Norte del Valle cartel and the AUC.

The ombudsman said that the Victim’s Law, which aims to support child soldiers, in fact “violates the right to equality and full reparation for victims, and is contrary to principles of good faith and best interests of children.”

In order to access social and economic reintegration programs provided under this legalization these children are required to obtain a certificate issued by the Operational Committee of the Abandonment of Arms (CODA). However the CODA certificate is only given to the those recruited by guerrilla or paramilitary.

Otalora claimed the rule makes “differential treatment, unjustified and discriminatory against children and adolescents” deserting the currently active criminal organizations. As a result these individuals receive no support from the state in their reintegration into society.

The Ombudsman has filed a suit to eliminate this obstacle in the hope of achieving recognition for the “fundamental rights of the victims.”

The Ombudsman released a report in February claiming that the BaCrim are the main recruiters of children in Colombia.

This report stated that this phenomenon, which violates international humanitarian law dictating that no minor can take part in military activity, occurs in 26 of Colombia’s 32 provinces. It furthermore reported that in 2014 these groups were responsible for the highest number of cases, with 65 situations of child recruitment, against 51 cases by the FARC.

Children in Colombia are recruited by illegal groups through “use of force and violence”, through threats and additionally “deception by false promises of work, gifts and entertainment” and even “the consumption of drugs,” the report claimed.

The country’s largest rebel group the FARC announced this February they would no longer recruit children under the age of 17 in accordance with the law. They pledged to release those active child soldiers under the age of 15 this June and are currently awaiting government safety protocols in order to do so.