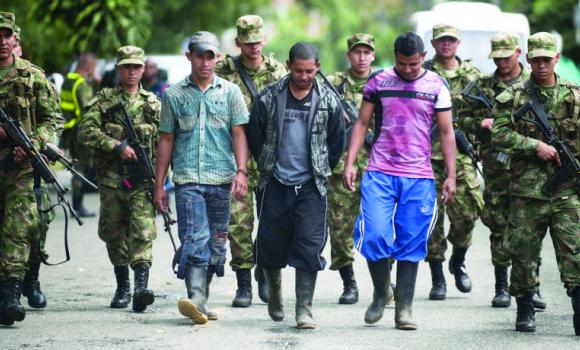 BOGOTA, Colombia (AFP) – Amnesty International yesterday said Colombia has failed to halt sexual violence linked to its long war with leftist FARC rebels and must do more as part of the nascent peace process.

“By failing to investigate effectively sexual violence against women, the Colombian authorities are sending a dangerous message to perpetrators that they can continue to rape and sexually abuse without fear of the consequences,” researcher Marcelo Pollack said in a statement.

“Respect for human rights must be at the top of the agenda in the forthcoming peace talks between the government and the Revolutionary Armed Forces of Colombia (FARC).”

The rights group said women have been frequently victimized over the course of the conflict — Latin America’s longest-running insurgency — which dates back to the 1960s.

Sexual violence is used “to sow terror within communities to force them to flee their land, wreak revenge on the enemy, control the sexual and reproductive rights of female combatants or exploit women and girls as sexual slaves,” Amnesty said.

The group warned of a new bill that would expand the powers of military courts to prosecute alleged violations of international law by security forces, which it said could make it harder to punish conflict-related sex crimes.

It also warned that a new law could extend de facto amnesty to members of the security forces who have abused human rights.

“The only way of ending sexual violence against women and girls in Colombia is by ensuring that those suspected of criminal responsibility face justice,” said Pollack.

“If Colombia continues to be unable or unwilling genuinely to bring to justice those responsible for conflict-related sexual crimes, then this could require the International Criminal Court to step in.”
Talks between the Colombian government and the FARC are set to begin later this month in Oslo for the first time in a decade.

The FARC, which has been at war with Bogota since 1964, has suffered a series of military defeats in recent years but still commands some 9,000 fighters.