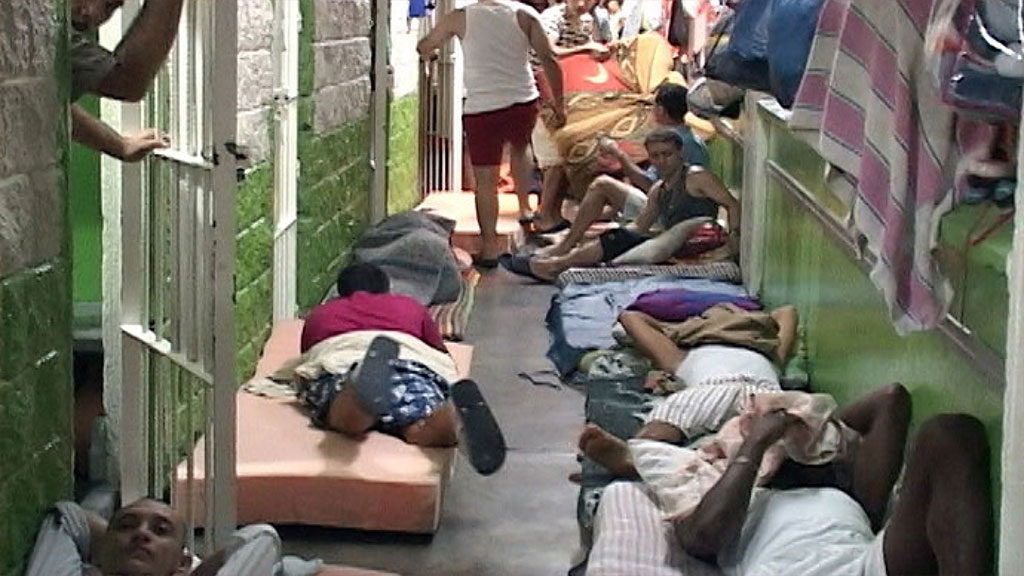 Government bodies have failed to create more prison space in Colombia and overcrowding is reaching desperate levels, according to local media.

At the moment there are 138 prisons spread across Colombia with a capacity for roughly 80,000 prisoners. However, 122,000 prisoners are living in them, meaning that overcrowding of prison space has exceeded 50%.

In some prisons the conditions are desperate, with overcrowding of over 400%. The prisoners are living like battery chickens.

More than four years ago the government created USPEC, a body to tackle the overcrowding problem.

USPEC planned to have built six new mega prisons over the last three years with room for 84,500 more prisoners. They also sought to improve living conditions in the existing prisons.

In the last two years they only created 4,000 new prison spaces. However, every year the prison system receives roughly 3,000 new inmates, so overcrowding is in fact still getting worse.

USPEC awarded 16 contracts for almost 17 billions pesos for their projects. But chronic delays from the contractors as well as administrative problems at USPEC mean there has been next to no return on this investment so far.

A 2015 audit was damning in its assessment of USPEC, finding 71 administrative deficiencies. “In the analysis it is clear that there are deficiencies in the mechanisms of monitoring and control for the planning of the contractual processes of supplies, the maintenance of the penitentiary infrastructure and the creation of spaces to mitigate the national level of overcrowding.”

Although the lack of new prison space is a big factor in the overcrowding, another problem is the excessive use of preventive detention by the justice system.

Tens of thousands of suspects are currently being detained as prisoners without a sentencing. Thousands of these men have been in prison for years.

Many are likely dangerous, but many are held for relatively harmless crimes like theft. This sort of preventive detention is an injustice and only compounds the overcrowding of Colombian prisons.

Jorge Eduardo Londoño, the new Minister of Justice, must address this crisis now, particularly as transitional justice in the wake of the peace talks may put further pressure on prison space.