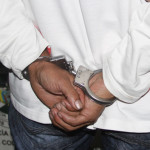 Colombia said Thursday that it had extradited 18 drug suspects who are facing charges of money laundering and drug trafficking in the US. and Spain.

Among the suspects are infamous drug lord, Jorge Milton Cifuentes, head of one of the oldest drug trafficking organization in Colombia, the so-called Cifuentes Villa clan.

Cifuentes, known under the alias “JJ,” was captured by Venezuelan officials in Valley Guanape located in the northwestern state of Anzoatequi in Venezuela.

The drug lord’s brother, Francisco Cifuentes, was the private pilot for Pablo Escobar and the paramount leader of the Cifuentes clan before he was assassinated by the Colombian army in 2007.

The Cifuentes Villa organization is said to have ties to the most powerful drug-trafficking organization in Mexico, the Sinaloa cartel, and is allegedly responsible for transporting tons of cocaine to the US.

Cifuentes Villa will stand trial for money laundering and drug-trafficking in the U.S. District Court of Southern Florida.

President Juan Manual Santos said Thursday at the ceremony of officers of the national police, ”today, we have extradited 18 criminals to the United States and Spain, in a single day.” He also applauded the progress of Colombia, “how circumstances have changed, how it has progressed and how the country has progressed our security forces, our police.”