Colombia exports nearly all of the coffee it grows! 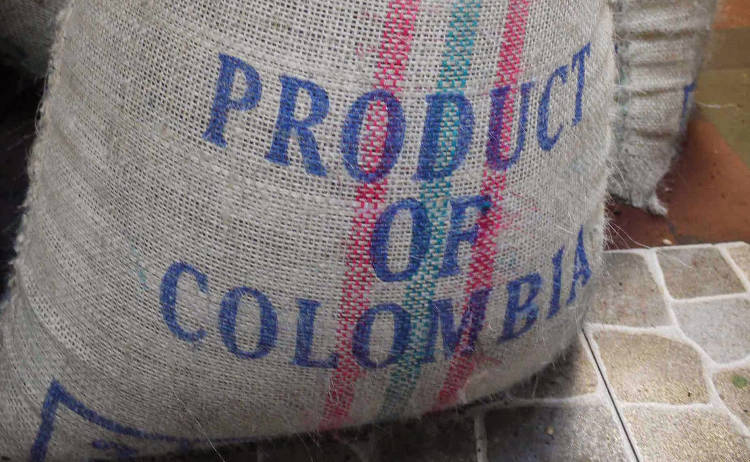 This paradoxical situation has been the source of much angst and even protests by Colombians, who feel it’s wrong for the country to send its best coffee arabica beans to rich countries, and keep only the defective beans and cheaper imports for Colombians to drink.

Although exporting that good arabica coffee makes economic sense, since the beans bring high prices internationally, importing even cheap beans does not. Most of Colombia’s coffee imports – from Peru and Ecuador – but occasionally from as far away as Vietnam – are the cheaper, bitterer and smaller robusta beans.

In contrast to arabica beans, which are grown in small plots at high altitude, generally under tree cover, robusta beans grow in corn-style monocultures at lower altitudes. Arabica is harvested by hand, robusta with machines. Robusta, as its name suggests, is hardier and more resistant to diseases. The beans also contain about twice as much caffeine and have a stronger, harsher taste.

Some other coffee producing nations, particularly Brazil, grow both the arabica and robusta varieties.

At a recent national meeting, Colombian coffee growers rejected a proposal for the country to plant robusta beans.

“We’re against robusta,” Marcelo Salazar, a coffee planters’ representative from Caldas Department, told Reuters. “It doesn’t require much labor, it’s much cheaper in the international market…and doesn’t reflect the quality of Colombian coffee.”

It’s true that Colombia, the world’s fourth-largest coffee producer, has built its reputation for good coffee by planting expensive, high-quality beans. And that solid reputation deserves to be protected.

But robusta and arabica beans are so different in how and where they are grown and in their markets and uses, that they might as well be considered different crops.

Robusta could be planted on Colombia’s Llanos Orientales – the low elevation Eastern Plains region – far from the mountains where arabica grows. To protect Colombian coffee’s international image, the robusta could be packaged differently, clearly marked ‘robusta’ and without the title ‘Cafe de Colombia’ label. And, the robusta wouldn’t even have to be exported. They could plant only enough to replace what’s now imported, providing more jobs and income at home.

But this is a great example of vested interests at work. At the recent meeting arabica coffee farmers were eager to denounce the supposed threat of that evil robusta bean. No robusta coffee farmers were there to sing their bean’s praises simply because they don’t exist in Colombia. And, the way things are going, they probably never will.