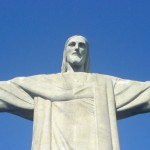 One of the Cali ringleaders of what was once Colombia’s most powerful drug trafficking organization, the Rastrojos, has reportedly made a pact with rival group Urabeños to decrease tensions in the country’s third largest city.

According to Cali newspaper El Pais, Jorge Dominguez, alias “Palustre,” one of the heads of what remains of former leaders in the Rastrojos– has sealed an agreement with organizations that a short time ago were their deadly enemies.

The objective of this unexpected allegiance is supposedly to control both the country’s major trade routes and street-level trade, and to defend these from other competing groups that did not agree to the pact.

The Urabeños originate from the northwest of Colombia and have currently taken the reigns of most of the country’s drug trafficking scene and their allies. Together, they have been fighting a blood stained turf war with the Valle del Cauca-based Rastrojos for years.

MORE: How the Urabeños beat the Rastrojos to become Colombia’s #1 drug cartel

If rumors of a pact are true, this could mark a historic moment in Colombia’s drug trade war, in which the two hubs of the narcotic trade cooperate rather than kill each other.

The pacts between the drug trafficking organizations should consolidate the power of separate groups over distinct territories, with a single group ruling in the Cauca Valley State. This could potentially cool down the battle that has led the city of Cali to become the murder capital of Colombia.

This follows a similar agreement made earlier this year between Medellin’s dominant criminal organization, the Oficina de Envigado, and the Urabeños, which had surrounded the city and been engaged in a bloody war for control.

If both Cali and Medellin are now subject to pacts involving the Urabeños, it could be the first time Colombia’s most significant drug hubs have fallen under the same organized crime umbrella. A fact which may promise a new era of reduced violence, but which would cause a major headache to authorities trying to dislodge the organized criminal presence.