(Bloomberg News) – Colombia is leaving a group at the International Monetary Fund led by Brazil, whose quest for influence as a member of the BRICS group of emerging markets is alienating some of its smaller, Spanish-speaking neighbors. 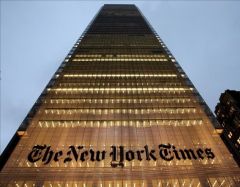 Instead of Brazil’s nine-nation constituency on the IMF’s 24-member executive board, the Andean nation will join forces with a group led by Mexico, Colombian central bank chief Jose Dario Uribe said in an Oct. 13 interview in Tokyo. The move is part of the IMF’s biggest board reshuffle in two decades.

Brazil has been one of the most vocal of the IMF’s 188 members, pushing policy makers to grant emerging markets a bigger say at the Washington-based lender and criticizing many of its policy prescriptions. The country’s increasing clout on the global stage makes it challenging for a nation like Colombia to be heard, said Bessma Momani, a political science professor at the University of Waterloo in Canada and IMF specialist.

“It can be difficult to be in a group with a rising economic power like Brazil” that “can be self-centered in its pursuit of its agenda,” Momani said in an Oct. 13 interview in Tokyo. “Without Colombia, Brazilians are freer to act as they will, but losing a Spanish-speaking country doesn’t help its legitimacy as a regional power.”

Uribe, in an interview at the IMF meetings, didn’t say whether the decision to switch chairs was motivated by any disagreement with Brazil.

“It’s a group where there’s a receptivity toward a country like Colombia, where there are great historical and commercial ties,” Uribe said of Mexico. He said details of the move will be announced later.

As part of its new group, Colombia will share leadership responsibilities on a rotating basis with Mexico, Spain and Venezuela, Mexican Deputy Finance Minister Gerardo Rodriguez said in an interview also in Tokyo.

Nicaragua, and the Portuguese-speaking nations of Cape Verde and East Timor will be added to the constituency represented by Brazilian executive board director Paulo Nogueira Batista, according to an IMF document obtained by Bloomberg News.

Still, the three countries combined have fewer than half of the 8,477 votes corresponding to Colombia, meaning the country’s departure will reduce Brazil’s voting share on the board. Colombia is the biggest of eight Latin American nations that belong to Brazil’s constituency, a group that also includes the Dominican Republic, Ecuador and Trinidad & Tobago.

Domenico Lombardi, a senior fellow at the Brookings Institution in Washington, said the loss of Colombia is reversible for Brazil as it sees its voting share increase in successive shifts on the board.

“Clearly there is a short term negative effect but this is likely to be compensated in the medium term,” said Lombardi, who has served on the boards of the IMF and World Bank.

Colombian President Juan Manuel Santos’ government has boosted ties with Mexico, which Nomura Securities forecasts could overtake Brazil as Latin America’s No. 1 economy within a decade. Currently Brazil’s $2.4 trillion economy is more than twice the size of Mexico’s, according to IMF data.

Mexico and Colombia came together earlier this year to create the Pacific Alliance of the region’s most-open economies, distancing themselves from the Brazil and Argentina-led Mercosur trade pact, which has been raising import restrictions amid the global economic slowdown. Colombia also followed Mexico, Peru and Chile — all members of the fledgling trade group — and implemented a free trade agreement with the U.S.

The movements on the IMF board, which approves loans and economic assessments of member countries, aren’t limited to emerging economies. Europe is making changes in its constituencies to meet a 2010 pledge to reduce representation by two chairs in favor of developing economies.

Belgium, Luxembourg and the Netherlands are forming their own group, along with countries currently represented by the Netherlands, Belgian Finance Minister Steven Vanackere told the IMF’s steering committee Oct. 13. Turkey, Austria, the Czech Republic and Hungary are now in a group as well, and will rotate as executive directors, he said.

The chair of Nordic countries will extend its rotation to Baltic members of the group, Swedish Finance Minister Anders Borg said.

“This of course fails to correct the overrepresentation of Europe in the board, sending yet another negative signal to the outside world,” Mantega said in his speech to IMF members in Tokyo.

The Brazilian Finance Ministry did not respond to an e-mail requesting comment about Colombia’s move to the Mexican chair.