Colombia Defense Budget to Fall on FARC Accord, Espectador Says 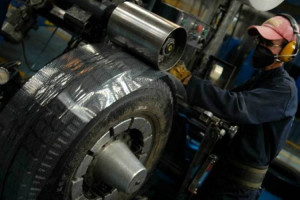 (Bloomberg) The cost of fighting a war against Colombian rebels will fall if the government and the Revolutionary Armed Forces of Colombia, or FARC, sign a peace accord, El Espectador cited Finance Minister Mauricio Cardenas as saying.

The current defense budget of 26 trillion pesos (US$10 billion) for fighting a war against rebels will come down, Cardenas said, according to the Bogota-based daily.

Colombia’s economy will meet its target growth of 4.5 percent this year, and an exchange rate of 1,950 pesos per dollars, Cardenas said, according to El Espectador. Economic growth will accelerate to 4.7 percent in 2014, he said, reiterating a forecast he made last month.

Cardenas also is quoted by El Espectador as saying tax reform will need to address the issue of evasion, which should be criminalized.