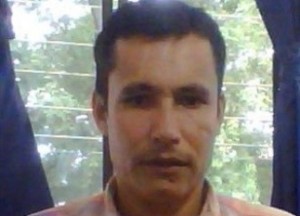 Almost half of all Colombian councilors have reported threats over the course of the year, revealing the extremely fragile nature of Colombia’s supposedly strong democracy.

Edgar Polo Devia, executive director of the National Councilors Federation (Fenacon), announced that 5,300 of Colombia’s 12,243 councilors had received threats in 2013, reported El Colombiano. Of those, just 2,800 are receiving government protection.

One councilor who was being “protected,” Donaldo Sanchez Lizarazo, was fatally shot at a gas station under a fortnight ago, Polo pointed out, after reporting threats from guerrilla group the ELN. The assassination prompted a mass resignation of almost 80 other councilors in the department Arauca, where Sanchez worked, citing “a lack of guarantees to be able to do our job.” A total of nine councilors have been killed so far this year.

The national Protection Unit, created to provide protection for government officials, is “negligent and apathetic,” failing to even send condolences when a councilor was killed, said Carmen Lucia Agredo, president of Fenacon. “We need answers,” she said. “We haven’t received any kind of support.”

At a meeting with US President Barack Obama in Cartagena last year, Colombia’s President Juan Manuel Santos spoke of his country’s “incredibly strong democracy (…) that has been recognized by the world as a whole.” Obama congratulated the “incredible transformation of this nation.”

The new Fenacon figures clearly demonstrate how misrepresentative such narratives really are. Colombia’s democracy, long praised as one of Latin America’s best, is in reality incredibly fragile. The nation has a decentralized political system in which regional councilors have significant control over federal state resources. As the basis of the democratic system at the local level, it is difficult to say democracy is flourishing when half of them are unable to do their job properly for fear of being assassinated.

Worryingly, this figure represents a significant increase on last year, when by July just 10 percent of councilors had reported threats. Even during 2011, a regional election year making threats more likely, only around 3,500 councilors were threatened, according to Fenacon.

Exactly who is behind the threats remains unclear, with many of the country’s disparate illegal organizations focused on maintaining a firm grip over the territory where they operate. But what is clear is that Colombia’s transformation into a modern democracy is very far from complete — based on these figures it may even be going backwards.