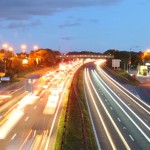 Colombia could be an example to the world on how to use innovation to deal with a post-conflict economy and society, according to a development specialist with decades of experience in the country.

In an interview with Colombia Reports, Christine Ternent explained that technology, innovation and modern infrastructure would be key to connecting post-conflict areas with the rest of the Colombian economy, once peace can be established in the country.

“Whether is the peace is signed soon, or later,” said Ternent, the lead innovation specialist at the Inter-American Development Bank’s Multilateral Investment Fund, “post-conflict development is going to be an issue.”

But Ternent believes that, with a steadily developing startup economy, and recent advancements in peace talks between the country’s largest rebel group and the national government, Colombia is poised to emerge as a model for the rest of the region and, indeed, the world.

“In the last 20 years, we’ve already gone from a low income country to a middle income country. Colombia is one of the five or so countries in South America that could become a high income country in the next 20 years. If we can do that, we would be able to show other post-conflict countries how to do it. We would be an example to the world.”

According to Ternent, however, none of that is possible without substantive economic reforms, aimed at Colombia’s sizable populations of urban and rural poor.

“Competitiveness needs an inclusive country. We can’t have excluded communities. The poor, the disabled, the demobilised… we need to bring all of them into the economy,” Ternent said.

But Ternent said that is only true is the communities traditionally impacted most by the armed conflict can be incorporated into the rest of the country, and provided with the educations and skill sets necessary to compete in a changing economy.

“We found that if you don’t connect people to markets, its very hard to connect them to the wider economy, so  infrastructure is going to be very important. Not just roads and ports, but information technology too. Both will be important. We need to get both going at the same time,” she said.