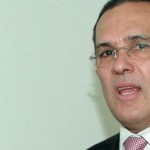 Colombia’s Conservative Party ratified its support for the peace talks Wednesday, as well as recognizing the necessity of opening a path to political participation for rebel group FARC, granted successful demobilization.

According to local newspaper El Tiempo, Conservative Party chairman Efrain Cepeda claimed the end to more than 50 years of armed conflict was close after negotiators from the government and the FARC reached a significant agreement last week guaranteeing a road to political participation for the FARC during peace talks in Havana, Cuba.

“It is necessary to give political participation to the FARC because that is how a peace process comes about,” said Cepeda. “Instead of looking for power through guns, they will have to look for it through the ballot boxes.”

The pronouncement was made a few hours before representatives of the Conservative Party were to meet with President Manuel Santos to discuss the immediate future of their coalition with the president’s Party of the U in the upcoming 2014 elections.

In the pronouncement, the senator, in accord with President Santos, called upon the citizens of Colombia to coalesce around a peace deal to show support for the end to the armed conflict. The final decision on the peace process will be made the Colombian electorate as Congress passed a bill the same day as the second agreement was reached, submitting the terms to a popular vote.

“It is very positive what happened in Havana, Cuba, and this gives breath to the peace process,” said Cepeda. “We are very close to a final deal.”