Colombia Braces for Impact of Returning Drug Traffickers and Paramilitaries

TODAY COLOMBIA (Insightcrime.org) The release of Colombian underworld boss “Perra loca” from a US prison is adding to fears that a flood of recently freed drug lords and paramilitaries could have a violent impact on the country’s already volatile criminal landscape. 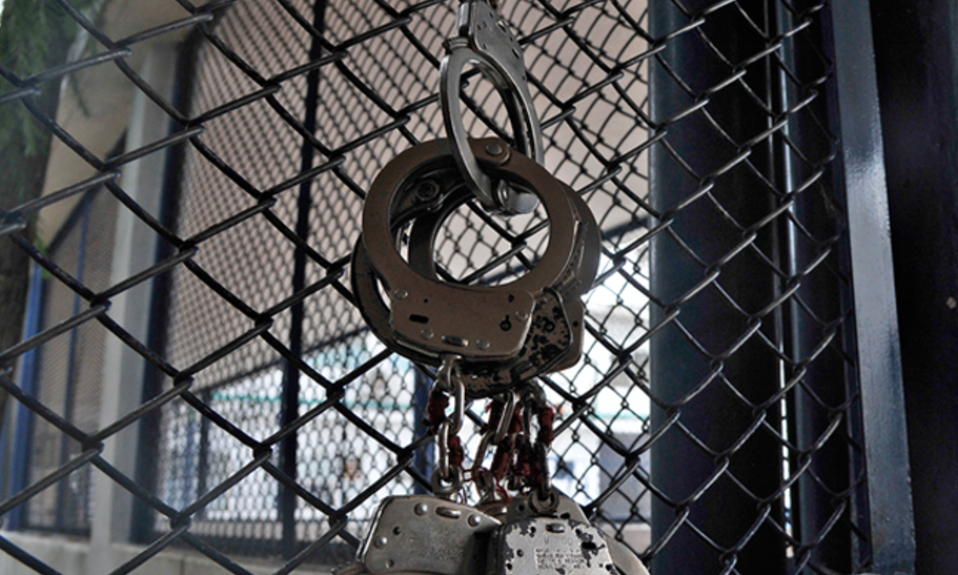 US authorities have deported Hector Restrepo Santamaría, alias “Perra loca,” back to Colombia after he completed a five-year sentence in a Pennsylvania prison on charges of money laundering, reported Blu Radio.

Although Restrepo is wanted by the Colombian authorities to answer allegations of drug trafficking and other charges, authorities are worried his return could trigger violence in his home territory in the department of Antioquia, reported Semana. Investigators fear that Restrepo will attempt to recover the properties and assets that his old enemies and allies stripped from him while he was in prison, with potentially violent consequences.

Restrepo joins a growing list of powerful underworld actors that have been released from prison over the last two years. Among them are not only drug traffickers but also notorious paramilitary warlords such as Freddy Rendón Herrera, alias “El Alemán,” and Rodrigo Pérez Alzate, alias “Julián Bolívar,” who were released after completing their shortened prison sentences granted as part of the demobilization agreement struck with the AUC.

In addition, yet more underworld players could be released as part of the transitional justice system currently being established as part of the peace process with the Revolutionary Armed Forces of Colombia (Fuerzas Armadas Revolucionarias de Colombia – FARC). According to Semana, the process could see the release of hundreds if not thousands of guerrilla fighters, as well as over 150 members of the police and military imprisoned for colluding with armed groups and drug trafficking networks.

Although many of the recently released drug traffickers, warlords and corrupt officials may well opt for retirement and a quiet life, recent history suggests a significant number may not. Those that do choose to return to the world of organized crime may find the currently volatile Colombian underworld full of opportunities.

Some of the worst drug trafficking-related violence seen in Colombia in recent years has been linked to drug lords released early after cooperating with the authorities, especially those imprisoned in the United States.

The department of Valle del Cauca and its capital city Cali, in particular, have seen new cycles of mafia wars led by former drug traffickers from the Norte Del Valle Cartel (NDVC) and Cali Cartel. After serving relatively short sentences in the United States, traffickers such as Víctor Patiño, alias “El Químico,” Carlos José Robayo, alias “Guacamayo,” and numerous others allegedly formed new alliances or criminal groups. They proceeded to launch bloody campaigns to reclaim properties and assets taken from them, take back drug trafficking networks and exact revenge on their enemies.

In contrast, the released former AUC warlords have largely kept a low profile, only making the headlines when they try to present themselves as reformed advocates for peace, or in the case of El Alemán, when he ended up in intensive care after crashing his bicycle.

However, ongoing investigations suggest a significant part of former AUC leaders’ lands, properties and businesses may remain intact, while allegations of their continuing influence persist in their former areas of operations. Given that a significant percentage of Colombian underworld networks partially consist of rearmed former paramilitaries, they would have both the motivation and the means to re-enter the criminal fray.

Currently, the Colombian underworld is in flux due to the ongoing demobilization of the FARC, and the shifts in armed power dynamics would present an opportunity for returning criminal actors to stake new claims to criminal interests. The FARC will be leaving behind vast territories of coca crops and control of drug routes in their rural strongholds, and could provide manpower for new or current criminal organizations in the form of guerrillas disillusioned with the peace process.

In addition, in Colombia’s urban criminal hubs, Medellin and Cali, the underworld power structures are far from stable. Cali and Pacific Coast drug trafficking routes have remained in constant turmoil since the breakup of the Rastrojos, which was the last group to hold a hegemonic power over the city and region. Medellin has been relatively calm since a mafia pact was struck in 2013, but there are signs the new order established in the wake of the agreement is unstable. New alliances and new conflicts are likely brewing under the quiet surface.

Currently, the only criminal organization with a truly national power is the Urabeños, a paramilitary-mafia hybrid descended from the AUC. However, the network’s organizational structure and modus operandi, which consist of bringing semi-autonomous local cells into their “franchise” and outsourcing to local criminal power structures, leave it vulnerable to challenges on a local level, as has recently happened in numerous regions.

It is far from guaranteed that “Perra loca” or any other recently released criminal overlords will have the motivation or the capacity to regain their lost criminal empires. But the coincidence of so many returning to the scene at a moment when Colombia’s underworld is undergoing tectonic shifts in power risks aggravating an already unstable situation.

Article originally appeared on Insightcrime.org and is republished here with permission.