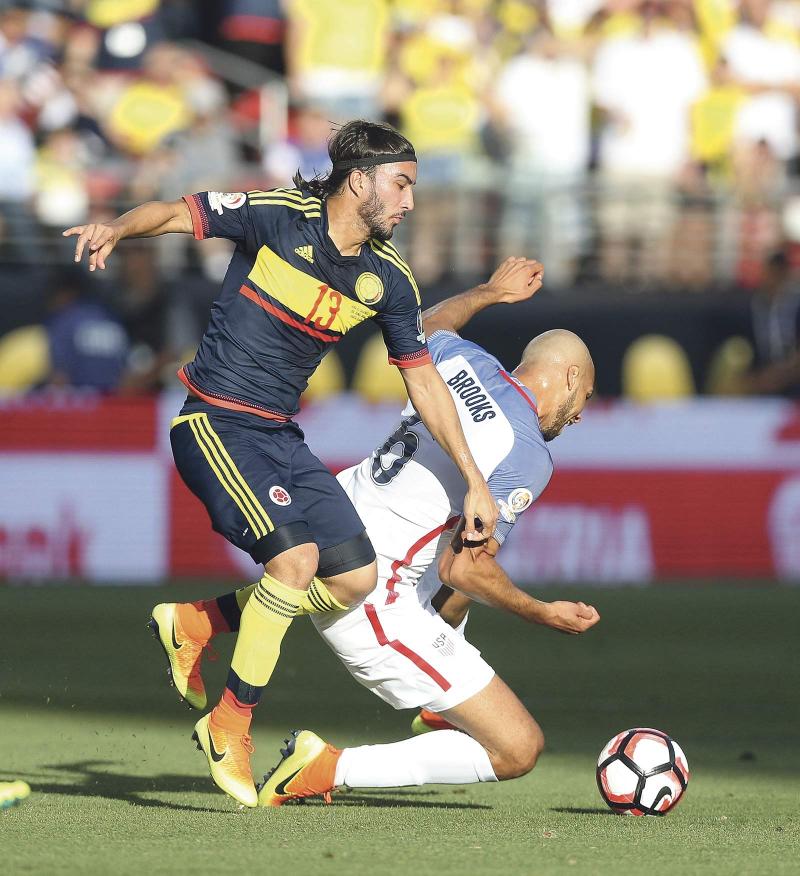 Colombia began their Copa America campaign with an impressive 2-0 victory over the USA in California.

An early goal from center-half Cristian Zapata and a penalty from captain James Rodriguez just before the break was enough to see the South Americans take all three points in the opening game of the centenary competition.

The win puts Colombia in a commanding position in Group A with the top two teams advancing to the quarter finals of the world’s oldest football competition.
Copa America 2016: Colombia vs USA preview

Colombia took control of the game early on when AC Milan defender Cristian Zapata hammered home a thunderous volley from an Edwin Cardona corner in the eight minute to score his first international goal.

Colombia’s talisman James Rodriguez obliged from the spot to score his 15th international goal sending his team into the half-time break with a comfortable 2-0 lead.

Seattle Sounders star Clint Dempsey led the US charge to get back into the game in the after the break with a header cleared from the line by Atletico Nacional’s Sebastian Perez early in the half.

Goalkeeper David Ospina frustrated the midfielder further in the 63rd minute with a wonderful save from a free kick destined for the top corner.

That was as close as the US came to scoring with the Colombians in control for large passages of the play in the second half.

Carlos Bacca almost added some gloss to the score line with 14 minutes remaining but the AC Milan striker rattled the crossbar, not that it impacted the result as USA was left victoryless from its last six Copa America appearances, dating back to 1995.

While Jose Pekerman will be satisfied a win in the opening game, the Colombian camp will be concerned about the retirement of Real Madrid star James Rodriguez in the 71st minute with a shoulder injury.

Colombia will hope that their captain recovers in time to lead them into upcoming matches against last year’s third place finishers Paraguay on June 7 and 2014 World Cup quarter-finalists Costa Rica on June 11.