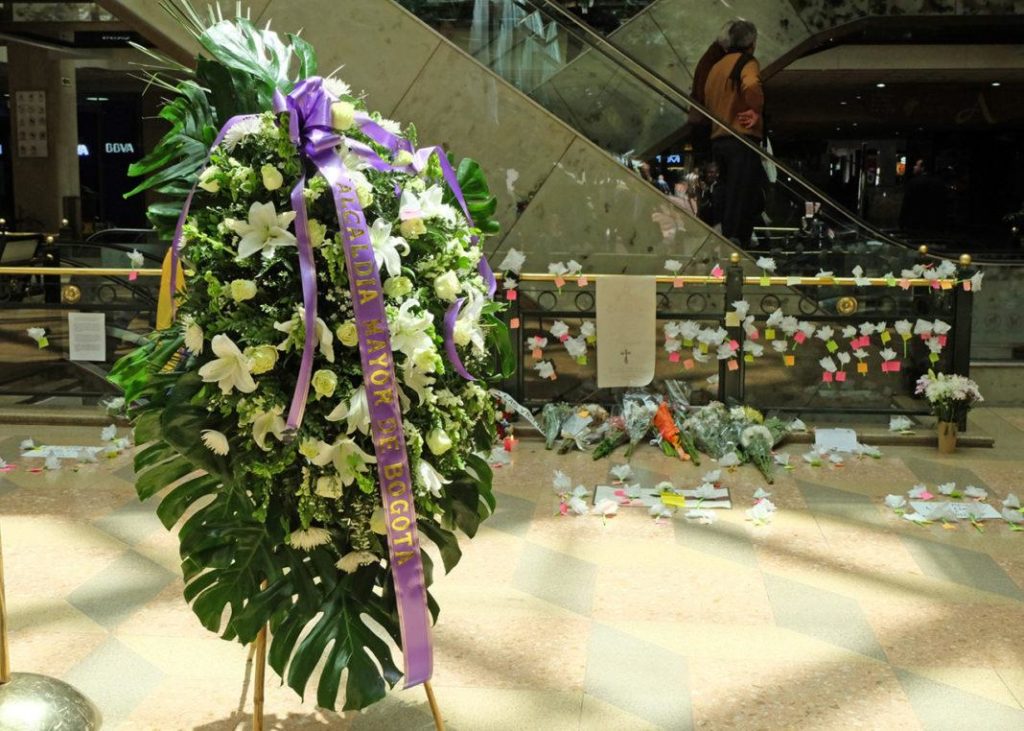 The explosion that rocked the Centro Andino shopping center in Bogotá, Saturday, killing three women and injuring 11 has security forces in Colombia searching for clues to arrest persons implicated in the terror attack.

The bomb placed in the women’s bathroom on the eve of Father’s Day detonated at 5:10pm forcing the evacuation of shops, restaurants and a crowded movie theatre in the heart of one of Bogotá’s most visited areas, known as ‘Zona Rosa.’

The victims of the attack include French national Julie Huynh, 23, who was finishing a six-month stay in the country, after working on social projects in a marginalized neighbourhood. The other two victims, Ana María Gutiérrez, 41, and Paola Jaimes Ovalle, 31, died at the nearby Clinica del Country on the same Saturday night. Pilar Molano Villamizar, 45, remains in critical condition and has required several surgeries. 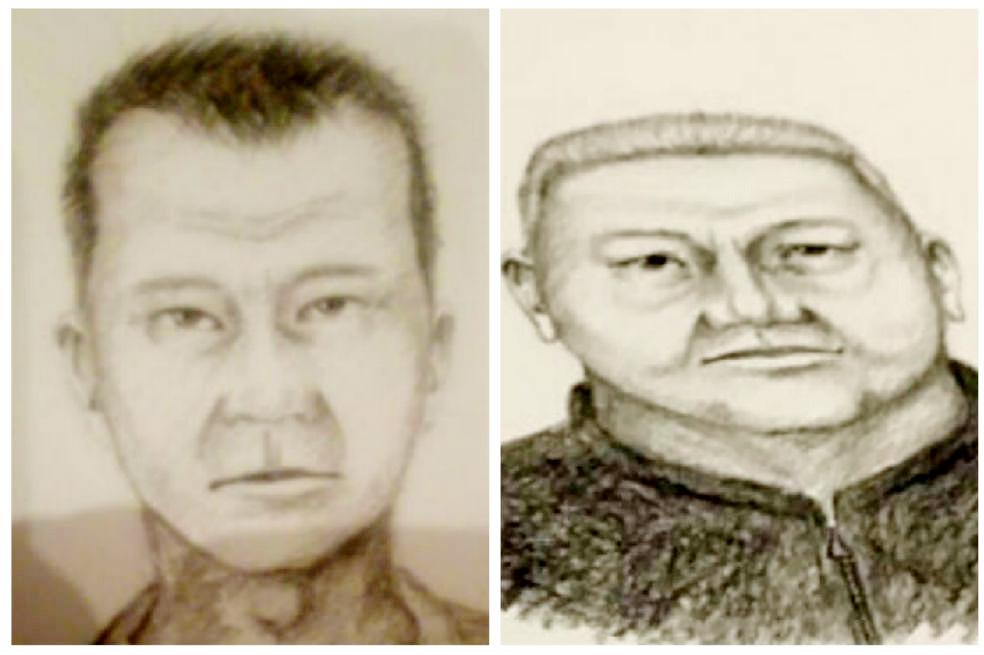 World leaders have condemned the attack and a memorial service was held Sunday afternoon in the main lobby of the four-floor shopping complex, decked with white flags and wreaths placed by the Mayoralty and French Embassy.

Within hours of the blast, the National Liberation Army guerrilla, or ELN, repudiated the attack in a statement from Quito where peace talks are taking place with the Colombian government. The commanders of the Revolutionary Armed Forces of Colombia (FARC) also condemned the attack by “enemies of peace.”

As thousands evacuated this popular commercial zone and the National Police sealed-off the main entrances to the Centro Andino, the first reports of a bomb placed in the women’s bathroom surfaced. Bogotá’s mayor Enrique Peñalosa arrived with a security detail and addressed the media, stating that the blast was a “cowardly terrorist act.”

Intelligence agencies are working on several leads as to which organization could have orchestrated an attack aimed at civilians, especially women and children. As the bomb exploded, the third-floor theatres of Cine Colombia were full with families enjoying a Saturday at the movies.

Colombian President Juan Manuel Santos arrived at the shopping center around 9:30pm, Saturday, to assess for himself the extent of the damage and called the attack “a vile, cruel and cowardly act”. The head of state said a full investigation was underway and the terrorists would be captured. Santos offered a $100 million peso (U.S$35,000) reward for information leading the arrest of persons implicated in the attack.

According to an eyewitness, the carnage on the second floor was extensive with “blood everywhere.” Graphic images of injured women were circulating on social media within hours of the bombing. “It was a surreal situation with the evacuation and simultaneously clients enjoying coffee in the many cafés of the mall,” remarked a foreigner who asked to remain anonymous and was forced to evacuate from an emergency stairwell. “The whole process was very slow. Theatregoers were more concerned about texting than leaving the building.”

Colombia’s anti-terrorism entity has been coordinating the investigation with the state’s security forces, as well as Interpol. Several people approached representatives of the country’s Fiscalia (Attorney General’s Office) to give testimony of suspicious activity within the mall. According to one account, a tall man, was confronted by several women when he emerged from a stall on the third-floor bathroom in the early afternoon. The bomb exploded on the second floor two hours later. “At the time, it didn’t seem suspicious, rather the case of a pervert or confused tourist,” stated one of the women. Another eyewitness claims to have seen a man leave the women’s bathroom on the second floor. A third account describes a middle-aged man dashing out the main entrance of the Centro Andino, pushing people aside, moments before the explosion.

Police were reviewing CCTV cameras on all floors of the luxury mall late Saturday and examining the crime scene.

The State Department issued a travel warning for U.S. citizens residing or visiting Colombia within hours of the attack offering to “provide any support requested by the Colombian authorities.” The Canadian government asked its nationals to “remain vigilant” in Bogotá.

The investigation is focusing on several hypothesis, as the attack appears to be have been planned and coordinated by several individuals, and authorities have not ruled out a connection to dissident, fringe groups affiliated with the country’s largest guerrilla group, FARC, who want to destabilize the peace process and demobilization of 7,000 combatants. Another theory is looking at a drugs cartel connection, implicating the Clan Usuga, that has vowed to launch a terror campaign in Bogotá, as a result of major drug seizures in recent months along the coast.

On Tuesday, the Attorney General’s Office released the police composite sketches of two suspects – both middle aged men – one of whom, appears to “speak with a foreign accent.”

The bomb was fabricated with 500 grams of ammonia and TNT. Police have not ruled out the involvement of a woman in the attack.

Given the seriousness of the attack, and fact that no one has so far claimed responsibility, the only authorities who can comment on the on-going investigation are President Santos, Mayor Peñalosa and the capital’s chief of security, Daniel Mejía.