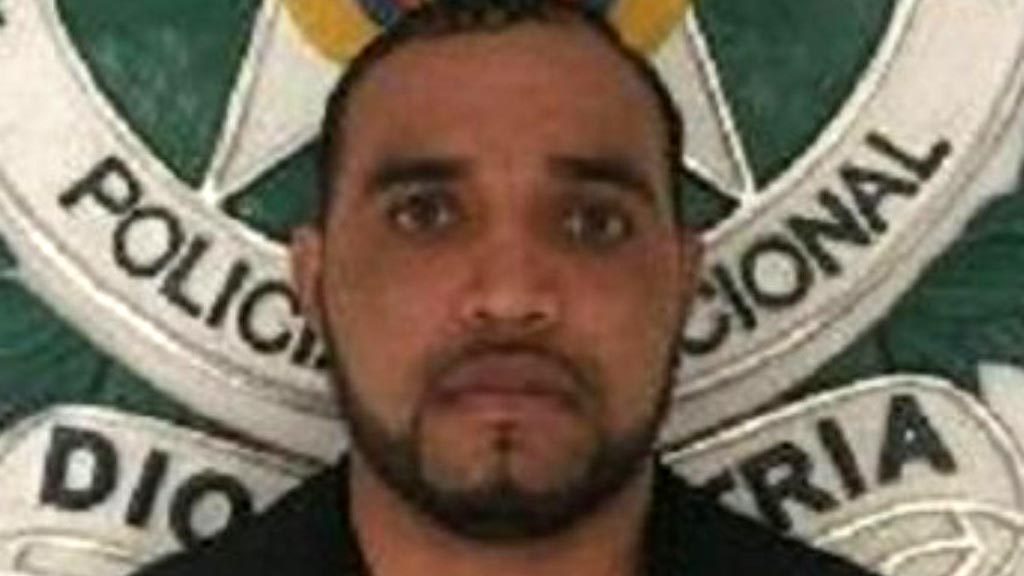 Peru’s alleged number one drug lord was captured in Medellin and deported from Colombia to his home country on Sunday.

Gerson Galvez alias “Caracol” was captured in the plush neighborhood of “El Poblado” in Colombia’s second biggest city on Saturday, following cooperation between the Peruvian National Police and their Colombian counterparts.

Officials explained that he was expelled within 24 hours as he did not have migration papers and was handed over to Peruvian authorities at a military airport in the capital Bogota on Sunday.

Galvez “was made available to immigration authorities to be expelled from our country due his danger” stated General Jorge Nieto, the director of the National Police of Colombia.

The capture was a major success for Colombian police who had tracked the movements of the criminal who was allegedly in Medellin to establish contacts with the Oficina de Envigado, as well as maintaining a relationship with a Venezuelan woman.

The Oficina de Envigado was once founded as an enforcer army by Pablo Escobar and has since maintained control of Medellin’s underworld.

“I congratulate our national police for this important capture. Peruvian Interior Minister Guadalupe Perez contacted me to thank the police for their work in capturing this delinquent,” Colombian Defense Minister Luis Carlos Villegas told media.

The Peruvian authorities expressed their delight following the capture of Caracol who had been red flagged by Interpol for alleged involvement in a variety of crimes including murder, drug-trafficking and leadership of a criminal gang operating from the port of Callao, west of Peruvian capital Lima.

“We are very grateful for all this coordinated work,” Vicente Romera, head of Peruvian National Police told reporters.

Galvez has been connected to multiple killings and authorities are also investigating his alleged involvement in the attempted murder of a rival drug lord alias “Tony Montana”  in April 2015 who survived a gunfire and grenade attack from a group of armed men while driving in his car in Lima.

He is also alleged to have threatened prosecutors aswell as extorting businesses in the port city of Callao.

In a brief exchange with journalists at the military airport in Bogota, Galvez protested that “I have the right to be presumed innocent. They didn’t find anything (drugs) on me.”

The capture of such an allegedly high-profile player in Latin American drug-trafficking circles comes just months after the capture of  Mexican drug lord, “El Chapo” Guzman who formerly headed the powerful Sinaloa cartel.

Colombia’s National Police chief General Jorge Nieto, said the arrest was “a powerful shot against transnational crime. No nation in the hemisphere will be a refuge from drug traffickers. ”

According to a report by the US State Department, “Peru remained the world’s top producer of cocaine and was the second-largest cultivator of coca, with an estimated 59,500 hectares of coca under cultivation in 2013.”