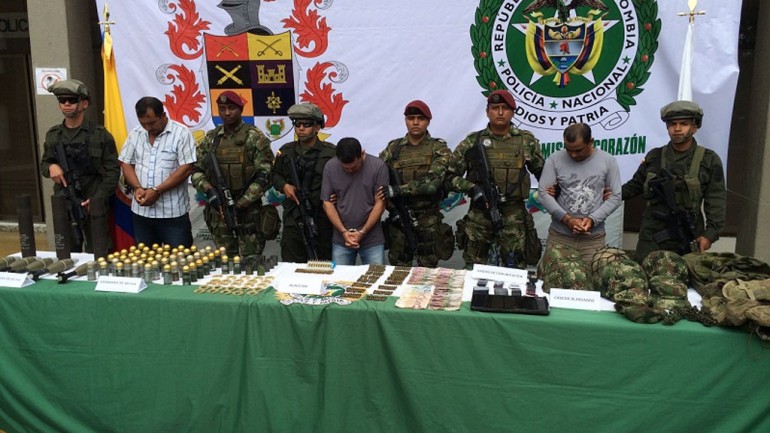 More than 20 internationally wanted alleged drug traffickers have been arrested in Colombia and will be extradited to the countries that seek their prosecution, prosecutors said Monday.

The alleged traffickers, including several suspected leaders of international criminal networks, were captured through various operations across Colombia over recent months. They will now be returned for prosecution in a number of international countries including Spain, Italy, Brazil, Peru, United States and Malta.

The most notorious of all, Larry Yepes, is one of the most sought after narco-criminals internationally. He will be extradited to Spain to be tried for crimes of conspiracy, international narcotic trafficking and money laundering.

Yepes was captured in March in Armenia in the Quindío province and is accused of heading a major network responsible for trafficking 30 tons of cocaine to Spain concealed in containers filled with flour and palm oil. He will furthermore be brought to trial in the US where he has also been charged over crimes related to drug trafficking.

Gato Seco has been accused of heading a criminal organization of 24 Colombian and Argentine citizen and of masterminding a $900 million drug trafficking and money laundering operation. His operation lasted almost ten years under the front of real estate and high-end automobile businesses. His arrest was considered to be one of the greatest successes in the fight against international drug trafficking.

Helmer Gonzalo Chavez a member of the organization “La Camorra” will be sent to Spain to be tried for the trafficking of drugs from Latin America to Spain and consequent distribution into the United Kingdom, Holland, France and Italy.

In Peru, Angel Rodrigo Mateus Barreto alias “Bombillo” will stand for trial against charges of financing criminal operations in Columbia and co-ordinating the transportation and concealment of cocaine sent via Peru and distributed internationally.

Oscar Elejalde Montoya  will be sent to Brazil where the Federal Republic will prosecute him for international drug trafficking.