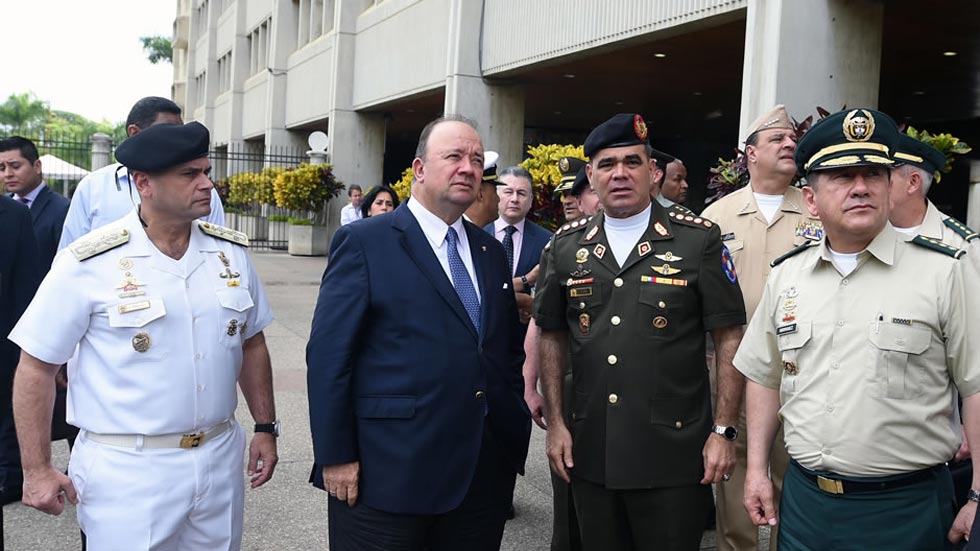 Colombia’s defense minister met with Venezuelan President Nicolas Maduro and other top officials to work out a joint security plan that would allow the reopening of the border separating the two neighbors.

Venezuela unilaterally began closing the border in August last year after three members of the military were shot and amid a growing economic and institutional crisis in the Socialist-run state.

The Venezuela-Colombia border region has long been a troubled region, mainly because of both countries’ neglect in the region.

On the Colombian side, guerrilla groups and drug traffickers have long become the de facto authority in parts of the border region.

On Venezuela’s side, drug traffickers benefiting from corruption have become increasingly prominent.

On both sides, smugglers have tried to benefit from Venezuela’s dropping currency to sell contraband product in Colombia.

“Thanks to the efforts made by both countries we can say that organized crime has received major blows on both sides of the border,” said Villegas.