BOGOTA – Their names are Ángel, Briam, Edualdo, Greisy, Yoanker and Nayip, six Cubans who have been stranded at Bogota’s International airport, that are being given a safe conduct pass for five days, during which they can apply for refugee status, following a petition from the U.N. refugee agency.

All six –one woman and six men — had camped out at the El Dorado airport, refusing to move, rejecting all offers to fly them back to Cuba, while Colombian government, had refused them asylum.

“Nosotros no nos vamos para Cuba, queremos quedarnos en Bogotá” (We won’t return to Cuba, we want to stay in Bogotá), was the clear message by Cubans.

By late Friday the six had already left the airport.

The Cubans tried to fly to Ecuador, but officials there did not let them enter. On a return flight stop in Colombia, they refused to board a plane for Havana and asked for asylum. The Colombian government at first refused to accept their petition on grounds they were merely in the airport transit area. Attention to the case mounted as they announced a hunger strike. 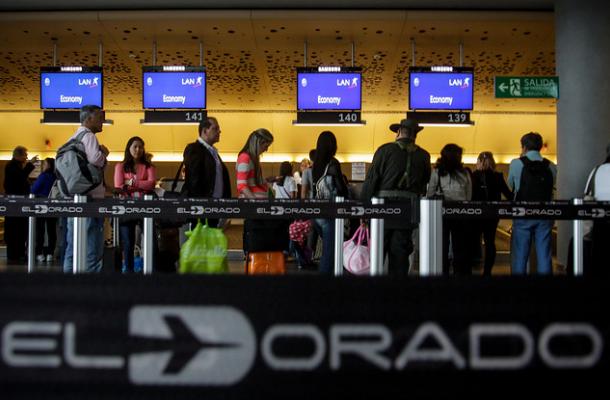 They claim that they left Cuba for Ecuador with all of the right papers, but were refused entry. After arguing their case for six days at the airport in Ecuador, they were sent back, but when they reached the Bogotá airport they refused to board their flight back to Cuba.

Bowing to pressure by the United Nations High Commissioner for Refugees (UNHCR) Colombian Immigration granted the six Cubans entry into Colombia so they can file a formal asylum request through the Foreign Relations Ministry. The UN agency is helping them with application and is providing shelter.