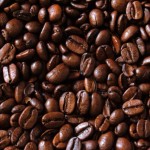 Colombia’s coffee growers federation on Monday called for more government assistance, as a  perfect storm of high production and low global prices continue to hurt the industry in spite of subsidies granted earlier this year.

Federation President Luis Muñoz reported that the 2013 harvest looks set to be a bumper crop, with a 41% increase over 2012, to 11 million sacks.

This means the domestic price is now less than $200 per unit, similar to what it was in 2005, reported the Colombian newspaper El Colombiano on Monday.

In recent years, after protests and negotiations, Colombia’s coffee industry is currently receiving $443 million in government aid to help them cope with the fall-out from a plant disease that ravaged Colombia’s high-quality arabica crops.

Muñoz said for a “competitive industry” the government should provide more assistance.