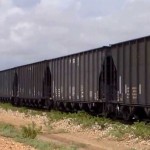 Construction of a proposed Pacific rail line, which would increase China’s access to Colombia’s coal resources, is still under negotiation, according to China’s ambassador to Colombia, Zhou Quan.

Quan said that while the Chinese companies have “excellent engineering expertise,” they are “not as strong in administration,” and so they were still working with the Colombians to nail down “local partners.”

Plans to enlist Chinese engineering companies to help Colombia construct a Pacific train line were announced by President Juan Manuel Santos in 2011. The proposed railway would travel from as-of-yet unexploited high-quality coal reserves to the Pacific coast to expand coal exports to China by bypassing the Panama Canal,

According to a Wall Street Journal interview with Colombia’s Mines and Energy Minister Amylkar Acosta in October 2013, “talks for a bilateral agreement with China have advanced.”

In the interview, Acosta said that Colombia is looking to resource – particularly coal – hungry China as an export partner because of weak demand in North American and European markets.

Since former President Alvaro Uribe opened up Colombia’s oil and mining sector in the early 2000s, Colombia has gone from FDI inflows of $2.1 billion in 2002 to nearly $15.8 billion in 2012, more than half of which was destined for oil and mining.

Currently, most of Colombia’s coal exports head to the United States and Europe. However, the majority of the world’s top importers are found in Asia, and demand there is increasing, so naturally, Colombia is looking to expand coal exports towards the eastern hemisphere.

According to the World Coal Association, Colombia was the world’s fifth-largest coal exporter in 2012.

In the 1990s and 2000s, following repeated attacks by left-wing guerrillas on coal transportation infrastructure, many of the country’s top coal extractors took to hiring paramilitary organizations to protect their assets. These violent right-wing organizations were known for killing union members and terrorizing local populations near coal mining operations.

In particular, US coal giant Drummond paid paramilitaries to protect its Colombian operations, according to diplomatic cables sent between October 2006 report released by WikiLeaks.

Victims of paramilitary violence in Colombia accuse Drummond of having paid paramilitary organization the AUC  to conduct private security operations in the area, including roving patrols along the company’s railroad from their mine to the port in Santa Marta, between 1999 and 2005, during which time 116 civilians were murdered, allegedly by the right-wing militia, in the region where the coal company operates.

While peace talks with the country’s largest rebel group the FARC continue in Havana, Cuba, so too do the attacks on the country’s coal infrastructure by the left-wing guerrillas.

In regards to the proposed Chinese railway, the Financial Times blog argues that the investment in poor countryside where the coal reserves are located in central Colombia will increase investment and boost security for the local populations. However, those familiar with the history of coal mining in Colombia might argue that will not necessarily be the case.

According to International Energy Association, the world’s reliance on coal for energy production is responsible for 43% of humanity’s greenhouse gas emissions, which are leading to a rapidly warming atmosphere and an increasingly chaotic climate across the planet.

With the state of the world’s climate aside, given the economic interests of both countries, China with its ever-expanding appetite for coal, and Colombia’s reliance on foreign investment in its energy sector, it makes “good” economic sense for both countries to build the Pacific train.

Since this project is likely to happen, going forward it will be up the Colombians to institute proper regulations to safeguard vulnerable communities and ensure the human rights violations near future coal operations are not repeated.