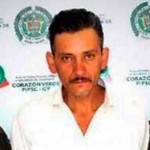 Police in central Colombia have arrested a long-time member of rebel group FARC who is accused of taking part in a 2006 massacre of nine local politicians in the south of the country.

The suspect, “Plinio,” is suspected of having been a member of the feared Teofile Forero Mobile Column, a feared elite unit of Colombia’s oldest-living guerrilla group.

“Alias ‘Plinio’ is implicated in the killing of nine councilmen in the municipality of Rivera, Huila, at the time they were meeting in the Los Gabrieles social club on February 27, 2006, when a terrorist commission made up of fighters of the first and second company of the FARC’s Teofilo Forero column entered the recreational center where [the politicians] were in session and proceeded to assassinate the aediles,” the director of Colombia’s National Police, General Rodolfo Palomino, told press.

According to the police official, Plinio — whose real name is Clinio Gasca —  was arrested on a road in Ubate, a municipality in the central state of Cundinamarca at some 40 miles of the capital Bogota.