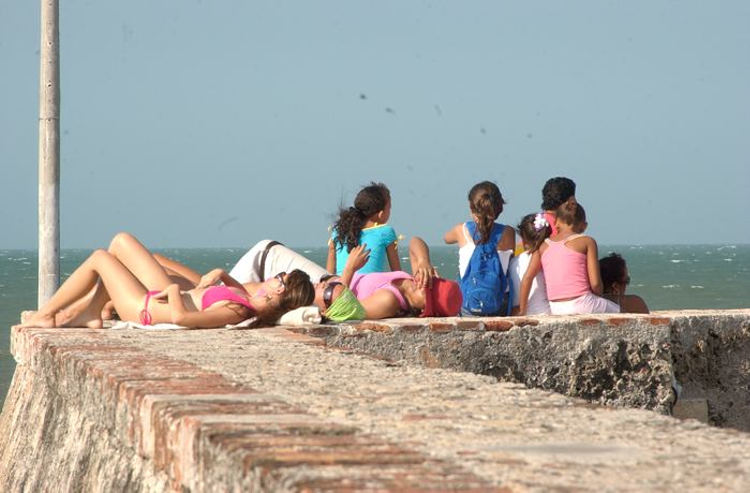 Cartagena lawmakers want tourists to cover-up, concerned over the impressionability of children living in one of Colombia’s most popular holiday destinations.

A bill was filed by Councilor Cesar Pion regulating areas of the city tourists in beachwear or without shirts would be able to enter, a with those violating this forced to pay a fine or attend a civic workshop, “People have to respect this city,” he stated.

“It is unacceptable that tourists make use of spaces as religious centers, theaters and shopping centers topless. Our children are being exposed to these images, which in turn are patterns that can be copied,” said the official.

Councilor Pion of President Juan Manuel Santos’ U’ Party is concerned that children will follow the example of these tourists, who he says “walk in shorts showing their pubic areas, shirtless, unshaven, conveying a bad image to children, and we have to regulate it.”

In particular he described the close proximity of schools to these areas that he wishes to make prohibited to those not confirming to requested attire.

If the bill is approved a six month educational program would then take place, which the Councilor hopes will be supported by local businesses. This proposal has generated controversy, with local authorities questioning its logic. The Director of  Guides of Cartagena, Paulina Rincon, stated “It’s an absurd idea that makes us look like a backward town.”

President of the Tourism Corporation of the city, Zully Salazar Fuentes noted the importance of appropriate “etiquette”, however reasoning that in various global locations “tourists without being exhibitionists, prefer to use light clothing”.

The draft for regulation of tourists is awaiting a date for the first session in the city council.