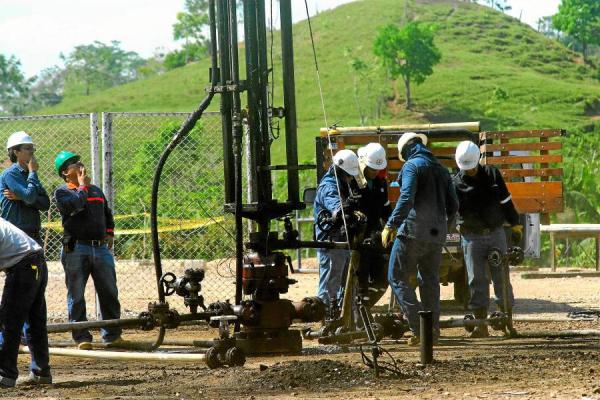 The Palmer-1 well encountered 87 ft of gas pay within the primary target of the sandstone reservoir—perforated to 6,906 ft from 6,811 ft measured depth—flowing naturally with no water on a 36/64-in. choke during the course of a 36-hr isochronal flow test.

The isochronal flow test will continue over the next week to determine the ultimate deliverability of the reservoir zone.

Canacol plans to subsequently tie the well 5 km east to the company’s operated gas processing and transportation facility at Jobo. The company has identified up to two follow-up locations to appraise and develop the discovery in early 2015 once it has concluded its exploration drilling program at Esperanza (OGJ Online, Jan. 31, 2011).

Following completion of testing operations at Palmer-1, Canacol plans to spud the second of three exploration wells in early October, and commence drilling of the final exploration well in December. Drilling is subject to approval by Colombia’s Agencia Nacional de Hidrocarburos.