Cali’s Most Violent Areas Militarized In A Crackdown on Crime 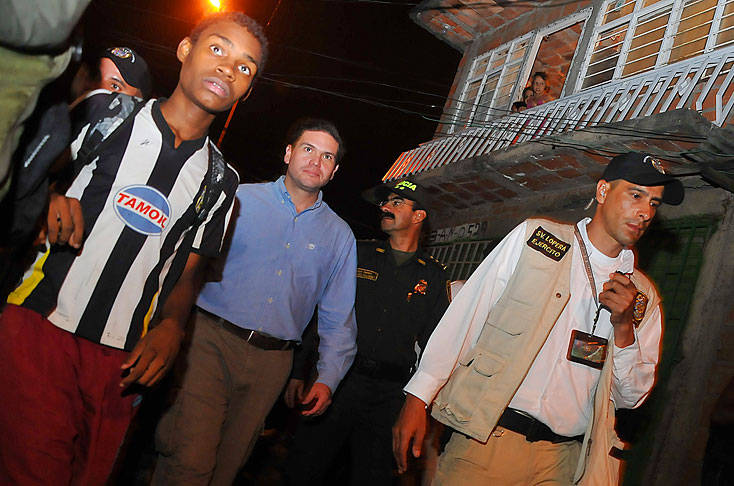 Colombia’s Defense Minister Juan Carlos Pinzon announced Sunday that 500 soldiers will be patrolling the most dangerous neighborhoods in Cali to combat violence.

“Five hundred men from Security Forces will be patrolling four districts with the aim to counteract the criminal and delinquent activity that is hitting the city. Furthermore, close to 300 men from the Police will arrive in December to strengthen security,”  said Pinzon as he walked around the Cali neighborhoods from 11PM to 1AM.

The militarized areas are:

The military patrols come as part of Plan Security instituted since a shooting left 8 people dead in a nightclub earlier this month.

The mayor of Cali Rodrigo Velasco welcomed the military patrols in the dangerous areas.

“The situation in Cali is not a matter of drunk, domestic  problems, or fights, but rather organized crime, which to break up you must go for the head as was done years ago to the cartel bosses. With the militarization we hope to neutralize the gangs and lower the homicide rate,” said Velasco.

Cali municipal official Andres Santamaria told El Pais that while the military patrols were welcomed for temporary respite from the violence, root problems will need to be addressed before the violence truly abates. “It is necessary to think of conflict in terms of social investment.”

Unlike the rest of Colombia, Cali has been unable to lower its homicide rate due to infighting between local gangs with support of national drug trafficking organizations like “Los Rastrojos” who are from the city.