Police sources say the city of Cali — the capital of Colombia’s Pacific coast drug trafficking territory — is “in criminal chaos,” as the fallout from the implosion of the Rastrojos continues to manifest itself in extreme violence.

So far this year, authorities have recorded 1,677 murders – with 205 of the victims minors — in Cali, meaning the city is on course to retain its position as the most violent of Colombia’s main cities.

Authorties say the violence is a result of a complex series of territorial battles fought by street gangs and the mid-sized criminal structures known as “oficinas de cobro.”  Some of the oficinas de cobro formed part of the Rastrojos network, while others are backed by Colombia’s dominant criminal group, the Urabeños.

However, the situation has grown so convoluted that police noted there had even been cases of Urabeños-backed structures confronting other groups with the same criminal patrons.

Violence in the city has recently been in the spotlight following the massacre of eight people in a Cali disco on November 8, with three of the victims believed to have been members of an oficina de cobro ran by a former Rastrojos commanders, Jorge Dominguez, alias “Palustre,” who was recently arrested in Ecuador.

Cali has long been the epicentre of drug trafficking in Colombia’s Pacific region, first as home to the Cali Cartel, then as a money laundering hub for their successors in the Norte del Valle Cartel (NDVC). 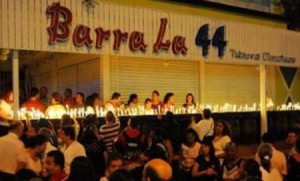 The current chaos can be traced to the role of former NDVC trafficker Javier Antonio Calle Serna, alias “Comba,” who was instrumental in establishing oficinas de cobro in the city. Comba went on to lead the Rastrojos, drawing much of his strength from the urban networks he had set up in the city.

When Comba surrendered in 2012 – in the process giving up many of his associates — the Rastrojos imploded rapidly, creating a power vacuum across their territories.

Colombia’s current top criminal group, the Urabeños, have tried to take advantage of the turmoil by stepping up their campaign to control Cali. However, while the Rastrojos may now be finished as a coordinated national organization the fragmented remnants remain very powerful locally– particularly the Cali oficinas de cobro — and the Urabeños have faced stiff competition.

The Urabeños waged a similar campaign in the city of Medellin, taking advantage of a weakened and fragmented rival — in this case the Oficina de Envigado — and contracting local criminal networks and oficinas de cobro to wage war on their behalf. However, while Medellin seems to be stabilizing after the two sides brokered a truce, there is no sign of any agreement in Cali, and instead the city looks set for more violence and chaos.