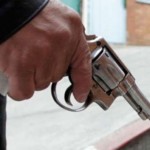 Colombia’s third-largest city Cali was ranked in 2013 as the most violent city in the country for the second year in a row, according to local media reports on Sunday.

The crime statistics not only gave the dubious distinction to Cali as the most murderous city in Colombia, but also ranked the city with the 6th highest murder rate in the world.

In Cali, according to the numbers, there were 1,962 people murdered during 2013. There were 913 homicides for “revenge,” 451 killed in gang fights, and 133 murders associated with theft, as well as others killed for micro-trafficking and disputes.

According to local media Noticias Uno, the mayor of Cali, Rodrigo Guerrero, announced the city’s disheartening crime statistics optimistically due to a 4% drop in theft.

“Theft in public routes, and commercial centers, which was another concern of the city, had a four percent reduction,” said Guerrero.

In November, the national government took action to combat spiraling violence in Cali by sending in the armed forces to patrol the city’s most dangerous neighborhoods.

MORE: Parts of Cali militarized due to escalating violence

At the time, Cali municipal official Andres Santamaria told El Pais that while the military patrols were welcomed for temporary respite from the violence, root problems will need to be addressed before the violence truly abates. “It is necessary to think of conflict in terms of social investment.”

Unlike the rest of Colombia, Cali has been unable to lower its homicide rate due to infighting between local gangs with support of national drug trafficking organizations like “Los Rastrojos” who are from the city.