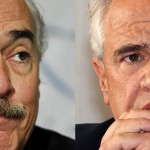 Pastrana returned to stir up controversy over the drug traffickers’ campaign contribution to Samper’s 1994 campaign as he released his book “Forgotten Memories.”

The letter, dated June 20, 2000, was signed by Cali cartel founders and brothers Miguel Rodriguez and Gilberto Rodriguez. In the letter, the brothers argued that the campaign contribution was made with both the president’s and his campaign directors’ knowledge.

“It is true that at one point in our lives we committed the error of contributing to Mr. Ernesto Samper and his closest collaborators with money for his presidential campaign. It was not behind his back nor much less behind the backs of his campaign directors as they have announced publicly,” said the letter.

The letter went on to say that they made the contribution because they believed that “the liberal government, headed by Ernesto Samper and Horacio Serpa, would take the country in a better direction, based on progress, social justice and welfare for the Colombian people.”

According to court testimony by Miguel Rodrguez, the son of and nephew of the cartel founders, the now-defunct Cali Cartel donated $10 million to Samper’s presidential bid.

Although members of Samper’s presidential campaign were convicted of complicity for the drug money campaign contribution, the former president himself was absolved after investigation.

The drug money contribution to the presidential campaign and the subsequent scandal and court proceedings severely damaged the credibility of Samper, forced the United States to revoke the visa of the then-president of Colombia, deteriorating the relationship between the two countries engaged in joint counter drug trafficking operations.